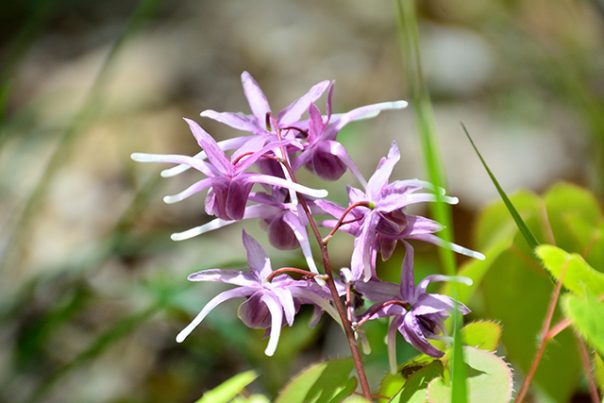 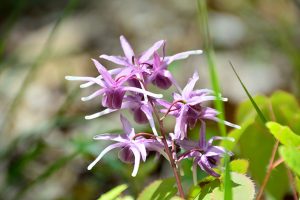 Epimedium leaf extract is composed of the following medicinal constituents:

Icariin is the most noteworthy constituent of epimedium. This active flavonoid component is believed to be largely responsible for the reputation of epimedium as an aphrodisiac. Among its many effects are muscle relaxation, increasing blood flow to the sexual organs, and boosting testosterone levels. More than just aiding men, icariin has been shown to improve the sexual health of women as well. Icarin is quite powerful, however, and is therefore recommended in much smaller doses for women.

Since it first gained renown as an herbal aphrodisiac, epimedium has been utilized as a treatment for the symptoms of many common diseases and health conditions, such as:

As has been previously mentioned, epimedium is considered to be a powerful aphrodisiac, and so it can be used to relieve impotence.

When combined with flowering plant morinda, epimedium can soothe the symptoms of menopause as well. Menopause is often times the result of imbalanced estradiol and estrogen levels; epimedium rectifies this and decreases the frequency of hot flashes, increased irritability, and vaginal dryness. This means that epimedium can provide respite from the pains of premenstrual syndrome too. The presence of phytoestrogens or plant-based estrogen also helps in this regard.

Epimedium can prevent the onset of osteoporosis. Icariin is thought to the cause of this since it’s been connected to enhanced bone formation activity and inhibited bone breakdown.

Taking epimedium is said to bring up serotonin, dopamine, and epinephrine levels, all of which play a role in reducing stress and anxiety.

Icariin is noted to bring about vasodilation or blood vessel dilation. As a result of widened and relaxed blood vessels, the likelihood of developing high blood pressure decreases greatly.

Epimedium is thought to be good for:

Those who wish to put on more muscle mass should consider epimedium: Icariin has been said to boost lean muscle production largely by stimulating the secretion of proteins that encourage cell growth and tissue repair.

Ways to use epimedium

Epimedium can be purchased as a tea, capsule, or tincture from stories specializing in traditional Chinese medicine. Long-term and continued use of epimedium has been known to result in nosebleeds, dizziness, and rapid heart rate, so never exceed the recommended doses. These vary depending on the gender and the size of the individual, but adult women should take less than adult men as a general rule.

Epimedium is good for the sexual health of both men and women.

The presence of icariin in epimedium makes it potent as an aphrodisiac, vasodilator, and inhibitor of osteoporosis and high blood pressure.

Taking too much epimedium over a prolonged period of time can be harmful to one’s health, however, and so this plant should never be taken in excess or continuously.