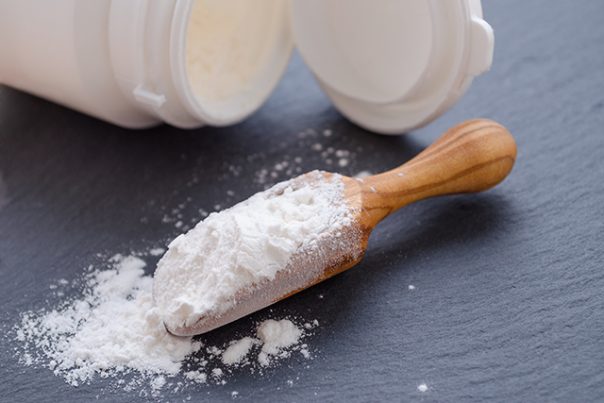 Quick! Say this 10 times really fast, and you’ll win a prize: ethylenediaminetetraacetic acid. Did you do it? If you did, congratulations. You’re one of the few people who can actually pronounce this food preservative. Even well-versed medical doctors get tongue-tied when referring to this chelating agent. Most people call it EDTA.

In all seriousness however, EDTA has been the subject of much controversy recently. For the last few decades, EDTA was used as the main ingredient for chelation therapy, or the repeated intravenous administration of the chemical solution to treat acute or chronic lead poisoning. This is better understood if you take a look at the root word of “chelate”, which was derived from the Greek term “chele” which directly translates to mean “to claw”. EDTA’s “claw-like” structure allowed it to bind to heavy metals, subsequently pulling out the toxins from the body.

This seemingly miraculous process influenced the U.S. Food and Drug Administration (FDA) to approve EDTA chelation therapy as treatment for heavy metal poisoning. However, in the early 1970s, medical studies began concluding that EDTA may not be effective at all, and had no impact on heavy metal poisoning or the associated risk of heart disease. Several health groups did, in fact, denounce the practice of EDTA chelation therapy for heart disease.

Even so, EDTA is still used in the food industry to prevent lead toxicity from canned goods. This is a great example of how food manufacturers interpret regulations. EDTA is not recognized to be useful in pulling out heavy metals from canned goods, but it is not known to cause any acute adverse effects either.

All the same, caution must be exercised when eating any food that contains EDTA. Be wary of processed fruits and vegetables, such as canned mushrooms as there is a high chance of them containing the substance. Frozen potatoes, canned beans, and dried bananas should likewise be carefully observed. 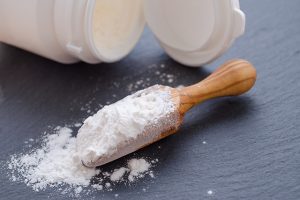 Harmful effects that can be caused by EDTA

EDTA can irritate your lungs. The compound in its original state is a white powder that can corrode the respiratory tract. Inhaling the substance can damage lung tissue.

Direct contact with EDTA can cause dermal sensitization (eczema) or allergic conjunctivitis. Workers who handle the substance are advised to wear protective clothing.

Interestingly, EDTA may increase your risk of poison. The powder increases the absorption of some toxins by increasing intestinal permeability. While this does not extend to other heavy metals, other (slightly smaller) toxins may have easier access to your gastrointestinal tract. This can cause a certain amount of distress, characterized by nausea, vomiting, and diarrhea.

EDTA is also highly combustible. Please do not play around with the powder, especially near open flames. Do not allow it to collect in electrical equipment and lighting. DO NOT smoke it.

EDTA is labelled as “generally safe for use” by the FDA, with the acknowledgment that proper handling should not cause any negative side effects. All the same, the powder can cause skin allergies, lung damage, and eye irritation. Prolonged consumption of EDTA can likewise increase your risk of an impaired immune function due to a compromised gastrointestinal tract.

EDTA, which stands for ethylenediaminetetraacetic acid, is used as a food preservative to pull out heavy metals from canned goods. It was once used as the main ingredient for chelating therapy for heavy metal poisoning. Independent scientific reviews, however, have said that EDTA is not useful as a preventive agent against heart disease or toxin poisoning.