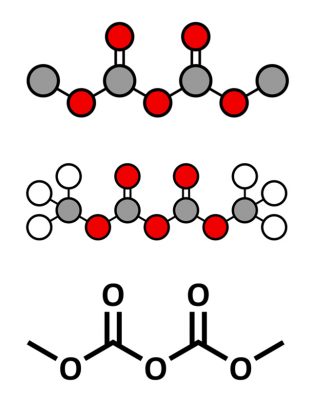 Dimethyl dicarbonate is a widely used yeast inhibitor and preservative for alcoholic beverages, more particularly in low-alcohol wines, an entry posted on the open chemistry database Pub Chem has revealed. The article also notes that the colorless, sharp-odored chemical helps in the preservation process by inhibiting the enzymes acetate kinase and L-glutamic acid decarboxylase. According to the article, the compound may give off toxic and irritating gases when undergoing thermal decomposition. 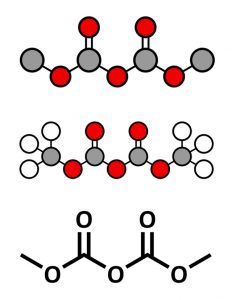 Harmful effects that can be caused by dimethyl dicarbonate

Dimethyl dicarbonate exposure is known to cause a plethora of adverse health conditions. An entry posted on the Toxicology Data Network website has revealed that occupational and general public exposure to the toxic chemical may occur through skin contact, inhalation, or ingestion of foods containing the compound.

The harmful chemical is notoriously hazardous to the skin’s overall health. Human studies have shown that dimethyl dicarbonate is a highly corrosive skin irritant and that dermal contact may result in irreversible skin damage, scale formation, and necrosis. An article posted on the Science Lab website advises washing the affected area with disinfectant soap and water in order to mitigate the risk of skin conditions. Likewise, the entry recommends that people apply an anti-bacterial cream onto the contaminated skin. Victims are also advised to immediately seek medical assistance. In addition, contaminated clothing should be washed thoroughly before reuse.

The toxic compound is known to cause adverse effects on the respiratory system as well. According to the article, inhalation of dimethyl dicarbonate vapor or mist may result in severe irritation of the mucous membranes and the upper respiratory tract. Exposure to the chemical may also lead to dyspnea or labored breathing. The article suggests that people exposed to the toxic substance be brought to an area where fresh air is available. Likewise, it is beneficial to give oxygen if the victim suffers difficulty in breathing. Artificial respiration should be performed if the victim is not breathing. It is highly recommended to seek physician intervention during an event. The article stresses the importance of using a self-contained breathing apparatus in order to avoid inhalation.

Moreover, dimethyl dicarbonate is found to be particularly detrimental to the body’s metabolism and digestive tract. Exposure to the harmful compound may result in severe irritation of the gastrointestinal tract. The entry discourages victims from inducing vomiting unless instructed by a health professional. The entry adds that unconscious victims should not be given anything by mouth. It is also advisable to loosen tight clothing articles including waistbands, belts, and ties. The article recommends calling for immediate medical assistance if large quantities of the chemical are ingested.

Exposure to the chemical’s vapor or mist is also shown to cause severe eye irritation, the article adds. The entry recommends that victims immediately remove contact lenses if they’re wearing one. Likewise, the article suggests washing the eyes with plenty of water for at least 15 minutes and seeking medical attention thereafter. Furthermore, dimethyl dicarbonate exposure may lead to adverse effects on the central nervous system. The article stresses that exposure to the toxic chemical may lead to somnolence and tremor.

A limited number of studies have clearly demonstrated the negative effects of dimethyl dicarbonate on human health. Occupational and general public exposure to the toxic compound are tied to adverse skin conditions and severe irritation of the respiratory tract. Likewise, dimethyl dicarbonate exposure may impact both eye health and the digestive profile. The compound is also detrimental to the central nervous system.

Dimethyl dicarbonate raises the odds of both eye and gastrointestinal tract irritation.

Dimethyl dicarbonate is toxic to both the skin and respiratory system.

Dimethyl dicarbonate is detrimental to the eyes, digestive profile, and the central nervous system.