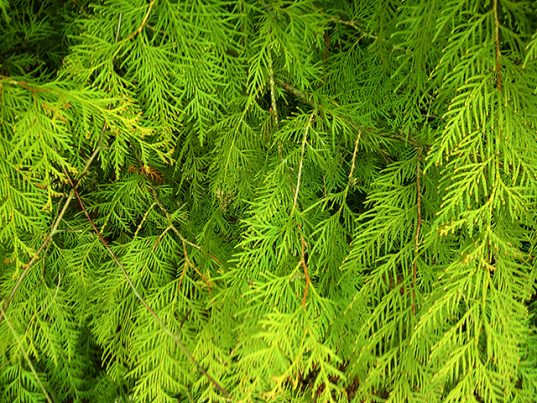 Cypress trees and deciduous conifers that are native to North America, especially in the Southeastern wetlands and the Everglades. The trees are characterized by their straight trunk that tapers at the base. They can grow from 5o to 80 feet, with a spread between 20 and 30 feet. The Gardening Know How website notes that cypress trees grow well in areas with ample water resources. The trees grow near springs, swamps and lake banks. 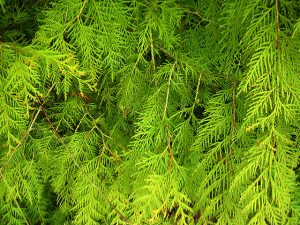 According to an Herbpathy entry, essential oils obtained from cypress contain potent components that help ward off a plethora of diseases. These constituents include:

Cypress is most commonly used as a foot bath to stave off various bacterial and fungal infections that affect the feet. Placing cypress cones in hot water bath releases organic compounds that fortify the feet’s immunity against diseases. Doing so reduces sweating, which in turn lowers the odds of fungal infections such as athlete’s foot.

Cypress is also used as a remedy for various diseases of the legs. An article posted on the Botanical Online website noted that cypress contains both hemostatic and venotonic properties that help boost blood circulation in the lower extremities and relieve inflammation of the veins. The plant is traditionally used in the treatment of varicose veins. Likewise, cypress extracts can be ingested or used topically to address phlebitis. The tannins in cypress extracts are also shown to disinfect and cure leg ulcers.

The plant’s tannin content is also touted to prevent excessive bleeding and speed up wound healing. Cypress is known to reduce swelling and discomfort caused by hemorrhoids. Drinking two glasses of cypress decoction twice daily before meals are found to alleviate hemorrhoid-related pain. Likewise, the plant’s hemostatic properties help mitigate nosebleeds and metrorrhagia — a menstrual disorder characterized by excessive bleeding that is associated with the onset of menopause.

In addition, essential oils obtained from cypress are found to restore and strengthen the respiratory tract. The plant contains strong astringent and anti-infective properties that combat microorganisms and regulates mucus production in the respiratory channels. Likewise, cypress possesses anti-inflammatory properties that soothe irritation and relieve swelling in the respiratory system. According to the Organic Facts website, essential oils and infused cypress tea can be used in treating various respiratory woes including asthma, bronchitis, and nasal drip as well as chronic congestion, cough, sinusitis, and pharyngitis.

The anti-inflammatory properties of cypress are also beneficial for people suffering from rheumatism, gout, and other inflammatory muscle conditions. The plant can be used to improve skin and hair health too. The astringent properties in cypress are known to combat various skin disorders such as acne, seborrhea, and chilblains. Likewise, essential oils can be applied to the scalp to stimulate follicle beds and promote new hair growth.

Cypress is known to bolster the body’s immunity and maintain healthy blood circulation. Likewise, the plant is beneficial to the bones and joints. Cypress also effectively fortifies the respiratory tract and improve women’s reproductive health. The plant maintains healthy skin and hair as well.

Ways to use cypress

The twigs, stems, and needles of cypress are the most commonly used parts of cypress. It is traditionally used as a foot bath to alleviate various disorders of the feet and veins. Essential oils extracted from the tree are primarily used in both the cosmetic and pharmaceutical industries due to their strong antiseptic properties.

Cypress relieves foot infections, varicose veins, and other diseases of the legs.

Cypress protects the respiratory tract, the skin and the joints.