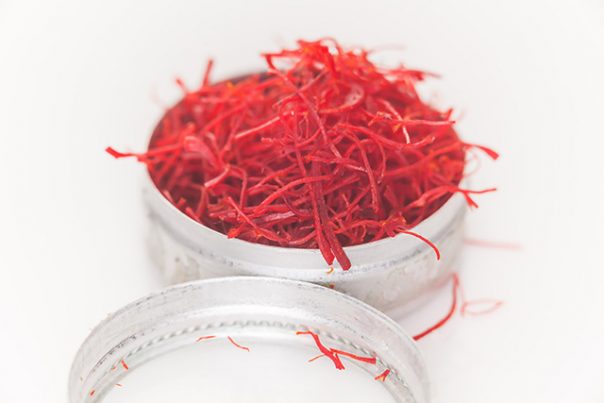 Crocetin is a member of a large family of natural dyes that are called carotenoids. It is composed of mostly polyunsaturated carbons (the formula is C40H56) or their oxygenated derivatives.

Crocetin, which is sometimes called 8,8’diapo-8,8’carotenic acid, has a diterpenic and symmetrical structure with alternating double bonds and four methyl groups. It has the elementary composition of C20H24O4 and has the molecular weight of 328.4. It is a little soluble in aqueous solution and is fully soluble in organic bases, such as pyridine.

Crocetin is a powder of a deep, yellow color; it functions as the oxide of metals, particularly iron. It is the main reason behind the golden yellow-orange color of saffron, which is a spice that is endemic to West Asia, particularly Persia and the Mediterranean areas. 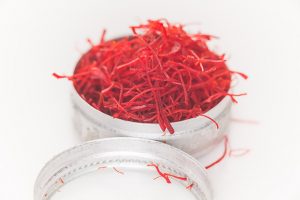 Crocetin is said to inhibit the activity of pancreatic, breast, colorectal, leukemic, lung, and skin cancer cells. It has an inhibitory effect on intracellular nucleic acid and protein synthesis in malignant cells, as well as on protein-kinase-C and prorooncogene in INNIH/3T3 cells.

Crocetin has anti-convulsive properties. It is also believed to stimulate oxygen diffusivity during shock and reperfusion, or the restoration of blood to a tissue or organ after being blocked, resulting in increased adenosine triphosphate production.

Crocetin has anti-inflammatory properties, thus decreasing the risks of arthritis. It also has antioxidant properties, which contributes to the prevention of premature aging.

Crocetin is good for the cardiovascular system. It prevents coronary heart disease and atherosclerosis by inhibiting lipoprotein oxidation. It also regulates blood pressure levels, contributing to the lessening of the risk of heart ailments by decreasing the strain on the heart to pump bloood.

Crocetin is good for the nervous system. It inhibits the development of neurodegenerative diseases. It improves cerebral oxygenation in hemorrhaged rats.

Crocetin is good for the ocular system. It promotes retinal activity by increasing retinal blood flow.

Crocetin is good for the excretory system. It promotes proper functioning of the kidneys. It guards against bladder toxicity, which is caused by the drug cyclophosphamide.

Crocetin is good for the respiratory system. It boosts alveolar oxygen transport and increases pulmonary oxygenation.

Crocetin is good for the cardiovascular, nervous, ocular, excretory, and respiratory systems.

Crocetin is said to have cancer-fighting abilities.