Cowpox – causes, side effects and treatments at NaturalPedia.com 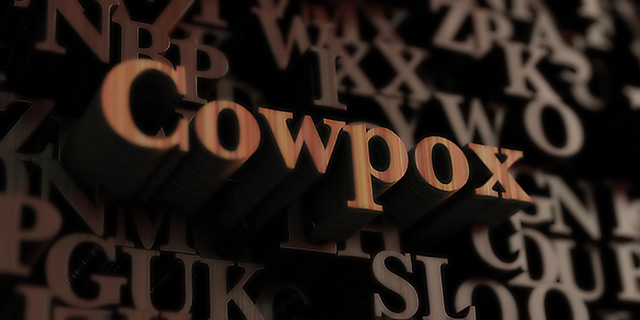 Cowpox is a viral infection of the skin which is caused by the cowpox or catpox virus. Cowpox belongs to the family of orthopoxvirus, which includes the variola virus that causes smallpox. Even though cowpox is similar to the smallpox disease, it is much milder compared to it. Cowpox is also different from cowpock, which is an alternative name for a condition known as Milker’s nodules that is due to a parapoxvirus.

The name of cowpox virus was derived from dairymaids touching the udders of infected cows hundreds of years ago. Today, cowpox is a rare disease, and mostly occurs in Great Britain and some European countries. Moreover, cows are not the main carrier of the virus. Instead, woodland rodents are the natural hosts of the virus and then transmit it to domestic cats. The virus is most often contracted from the scratch or bite of domestic cats, that is why it is also known as the catpox virus.

Most cases of cowpox infection occur in young people who are under 18 years old. This may be because younger people may have closer contact with animals, or they were not vaccinated against smallpox, which may provide some protection against cowpox.

Known side effects of cowpox

There are several known side effects of cowpox. One of these is that it causes skin lesions, which appear about 10 days after getting in contact with an infected animal. The lesions can also only be visible in the skin areas that came in contact with the infected animal. The areas that commonly get in contact with an infected animal include the hands, fingers, thumbs, and the face. In addition, the skin lesions can turn from flat, sore, red patch, into a raised lesions, clear fluid-filled blisters, or pus-filled blisters. After this, a thick black sore formation and when they heal, scars are formed. Other uncommon symptoms include swelling of the lymph nodes, general body ache, vomiting, and eye lesions such as pinkeye and swelling around the eye.

The main body systems that are harmed by cowpox are the integumentary and the immune systems because it harms the skin caused by the cowpox virus.

There is no exact information on what foods or nutrients that prevent cowpox. However, there are herbal remedies for almost all skin problems, according to an article published on the website HuffingtonPost.com. These include aloe vera, Arnica flower, Calendula flower, comfrey, tea tree, chamomile, and cayenne. Moreover, foods rich in vitamins A, C, E, and zinc, garlic, onion, and yogurt are highly recommended for dealing with skin infections, according to an entry published on the website SpeedyRemedies.com.

Treatments for cowpox include rest and standard wound dressings. A way to prevent infection with the virus is to avoid exposure to sick cats or other sick animals.

Cowpox, also known as catpox, is a viral infection of the skin which is caused by the cowpox or catpox virus.

Cowpox causes skin lesions, swelling of the lymph nodes, general body ache, vomiting, and eye lesions, such as pinkeye and swelling around the eye.

Cowpox harms the integumentary and the immune systems.

Cowpox can be managed by having enough rest and applying standard wound dressings on the skin lesions.