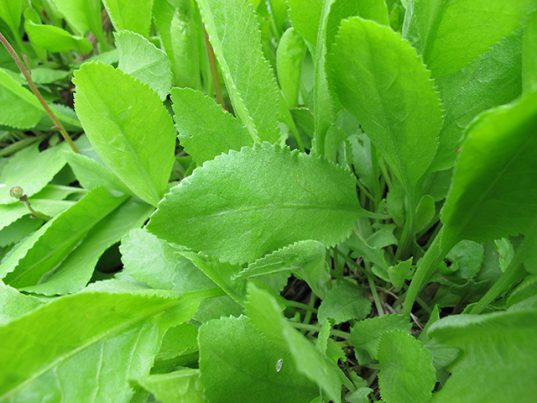 Costmary is a perennial herb that belongs to the same plant family as chrysanthemum. The plant is native to the east, but quickly propagated in England and eventually in the Americas during the 16th century. An entry featured on the Botanical website also notes that costmary has now become a naturalized herb in many parts of southern Europe.

The plant may grow up to one meter in height and is characterized by its broad, serrated leaves and yellowish flowers that grow in clusters. The herb is also notable for its pleasant balsamic aroma. Costmary also comes in many other names that include balsam weed, pyrethrum balsamita, alecost, and bible-leaf as well as sweet tongue and sweet Mary. 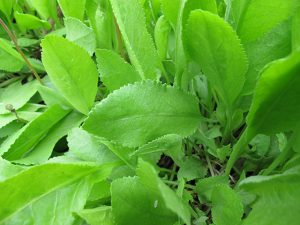 Costmary is touted for its high nutrient content that plays a central role in its efficacy against a host of ailments. According to an entry published on the Herbpathy website, these constituents include:

The herb is shown to fortify the immune system as well. According to the article, costmary can mitigate the onset of fever and flu. The plant is also shown to alleviate cerebral disorders, suggesting its positive effects on brain health. The medicinal herb has been traditionally recommended to address delayed menstrual periods. Costmary tea is also commonly taken with honey and cloves to relieve menstrual pain and cramps.

Ointment made from costmary may be used to treat a variety of skin disorders such as bruises, ulcers and sores, dry itches, and burns as well as shingles, scabs, external vermin, and blisters.

Costmary is notably effective in maintaining a healthy digestive system. Likewise, the medicinal herb is helpful in promoting brain health and strengthening the body’s immunity against diseases. The beneficial plant is also shown to improve women’s health and enhance skin and hair conditions.

Ways to use costmary

Costmary is commonly used as both food and medicine.

An article on the Veggies Info website reveals that costmary has been traditionally used as a flavoring agent to beer and ale, hence its other name alecost. The plant’s mint-flavored leaves are an excellent addition to various salad and soup recipes. Likewise, the leaves are used as a flavoring to different beverages such as lemonades and other alcoholic drinks. Costmary leaves add more flavor to cakes and teas too.

The plant’s flowers are excellent additions to jams and preserves as well. In addition, the plant works well in various meat and seafood recipes, and may even serve as an alternative to other herbs such as mint and sage.

On the other hand, ointment obtained from the plant can be used to address bruises, blisters, and mild skin irritations. The ointment can also be taken as a catarrh to relieve nasal congestion. The plant’s leaves may be infused with water to enhance the hair’s appearance.

Costmary mitigates fever and flu as well as cerebral conditions.

Costmary staves off various skin diseases such as shingles, bruises, and blisters.

Costmary is particularly beneficial to the digestive system.