Common cold — causes, side effects and treatments at NaturalPedia.com 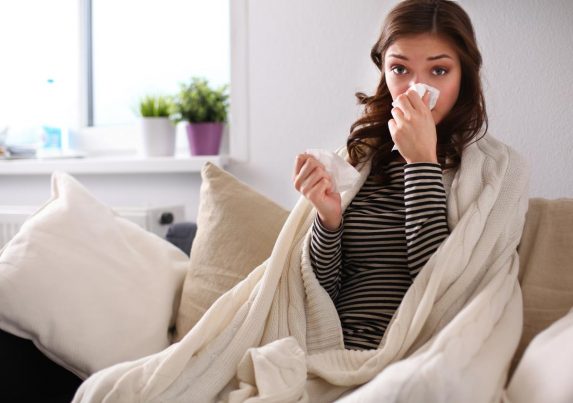 The “most frequently occurring disease in the world,” the common cold is one of the major reasons why people consult healthcare professionals. The symptoms of the common cold (also called acute viral rhinopharyngitis and acute coryza) often include a sore throat and runny nose, and these are often followed by coughing and sneezing.

Recovery from the common cold usually takes at least seven to ten days, and prevention measures include washing your hands frequently, avoiding close contact with sick people, and not touching your face with unwashed hands.

Absences from both school and work are often due to the common cold. There are millions of recorded cases of the common cold in the United States yearly. On average, an adult will have two to three colds in a year, but children could have even more.

The common cold is believed to account for about 75 to 100 million physician visits annually, and it has an estimated economic impact of more than $20 billion every year due to cold-related work loss. 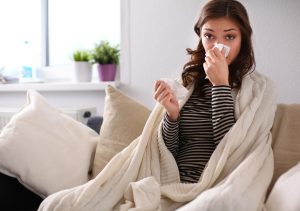 Known side effects of the common cold

Common cold symptoms usually start two to three days after an individual is infected, but the incubation period can vary depending on the type of virus that caused the infection. The risk for contagion is greater during the first two to three days when the symptoms start manifesting.

Side effects of the common cold may include:

Side effects of the common cold in infants and children are similar to those experienced by adults. Initial symptoms of a cold may include a runny nose with clear nasal discharge, which can turn yellowish or greenish. Both infants and children may become fussier and show signs of a loss of appetite.

Risk factors for the common cold include:

Many different viruses such as rhinoviruses, adenoviruses, coronaviruses, and human metapneumoviruses cause colds, but rhinoviruses, which has over a hundred subtypes, are often involved in the common cold.

Complications may prolong a cold and rhinovirus infection often trigger asthma attacks in people with asthma. Others may develop bacterial infections of the middle ear (otitis media) or sinuses. These infections are caused by congestion in the nose, which clogs the normal drainage of these areas. Congestion allows bacteria to thrive in the blocked secretions.

Food items or nutrients that may prevent the common cold

The following foods or nutrients can help prevent the common cold:

Keep in mind that both antibiotics and antiviral medications are ineffective against most of the viruses that cause the common cold. While a cold often lasts from one to 10 days, some symptoms can stay up to three weeks.

While there is no real “cure” for the common cold, the following treatments and management plans can help ease its symptoms:

The symptoms of the common cold often include a sore throat and runny nose, followed by coughing and sneezing.

Side effects of the common cold may also vary depending on the virus that caused the infection and may include body aches, cough, earache, fatigue, and headache.

Both antibiotics and antiviral medication are ineffective against the viruses that cause the common cold. While there is no real “cure” for the common cold, these treatments and management plans can help ease its symptoms: getting plenty of sleep/rest, inhaling steam, and staying hydrated.