Chronic gastritis – causes, side effects and treatments at NaturalPedia.com 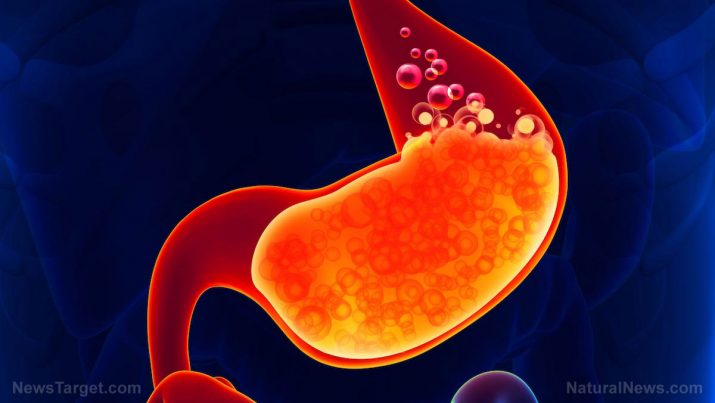 A condition wherein a person’s stomach lining (also called the mucosa) is inflamed or swollen is usually called gastritis. The disease primarily affects the stomach lining, which produces stomach acid and an enzyme called pepsin. These two are responsible for digestion, with pepsin breaking down proteins into units called peptides, which enter the bloodstream or are processed by the pancreas. As this process is highly acidic (it has a pH level of 1.5 to 2.5), the stomach is lined with a thick layer of mucus to protect the tissues from being digested.

If a person has gastritis, the mucosa makes less acid and pepsin. However, this also means that it produces less mucus, which makes the stomach tissue prone to injury.

The condition is usually classified between acute and chronic:

While the term gastritis was first used in 17th-century Germany to describe “the inflammation of the inner lining of the stomach,” it was only considered a tissue-related finding and not a disease. However, this all changed with the discovery of the Helicobacter pylori bacteria in 1982, which opened the door for further classification of chronic gastritis.

Today, the gastritides are classified based on their underlying cause and their histopathologic pattern.

H. pylori-related complications are the leading cause of gastritis, with at least 50 percent of the global population known to be infected by the bacteria. Other causes include the following: 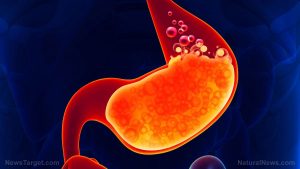 Due to the prevalence of H. pylori, chronic gastritis can affect a wide range of people. However, other risk factors increase the likelihood of getting the condition, such as:

Other causes of chronic gastritis include Crohn’s disease, a condition that results in the inflammation of the gastrointestinal tract, and sarcoidosis, which causes the formation of abnormal tissue in various organs in the body.

A person gets infected with H. pylori during childhood, but they do not exhibit the symptoms until much later, which could include pain in the upper region of the abdomen, nausea, vomiting, and anorexia. He may also feel full during meals faster (a condition called early satiety) and experience weight loss.

Symptoms of autoimmune gastritis are a result of the body’s inability to efficiently absorb cobalamin. The condition manifests either as megaloblastic anemia (a disease where the bone marrow produces abnormally large red blood cells) and blood clots. In advanced cases, this could progress to nerve death and cognitive damage.

If symptoms of chronic gastritis appear in concert with a preexisting condition such as Crohn’s disease, a person experiences abdominal pain, nausea, and vomiting. This will also impact the intestinal tract and lead to bleeding.

It is recommended to consult with a health practitioner when either vomiting blood accompanies chronic gastritis or excreting bloody stools.

Chronic gastritis increases a person’s risk of developing the following:

In severe cases, the condition may progress to atrophic gastritis, an insidious form of gastritis that destroys the stomach mucosa and increases the risk of gastric cancer.

Chronic gastritis is primarily located in the stomach; however, complications can affect all body systems.

Food items that may prevent and relieve chronic gastritis

Preventing the spread of H. pylori is difficult, as the mechanism of how it is transmitted from person to person is still not fully understood; however, clinicians recommend regular washing of hands – in particular, after using the bathroom and before eating. Moreover, consuming food that has been properly cooked or washed also decreases the likelihood of getting an H. pylori-related gastritis.

When a person has gastritis, the following food items must be avoided:

If a person suffers from chronic gastritis as a result of an H. pylori infection, eating a high-fiber diet, as well as foods that have flavonoids, may inhibit the growth of the bacteria.

Gastritis, in general, is treated by reducing the amount of acid in the stomach. The procedure allows that stomach lining to recover and treat any underlying cause.

To reduce the amount of acid in the stomach, the following medications are used:

If the underlying cause is H. pylori, antibiotic treatment is administered regardless if there are other symptoms. Aside from curing gastritis, this decreases the likelihood of more serious complications, such as cancer and peptic ulcers, later on.

When the gastritis is a result of NSAID usage, the healthcare provider may adjust the dosage, change the medication, or discontinue it altogether. In serious cases, such as gastritis caused by stress or an autoimmune response, medications will also be provided to protect the mucosa.

Chronic gastritis is a long-term inflammation of the stomach lining. While H. pylori infection is one of the leading causes, it can also come as a result of NSAID usage or an autoimmune response. If left untreated, it could result in severe complications; however, it can be managed through proper diet and lifestyle changes.