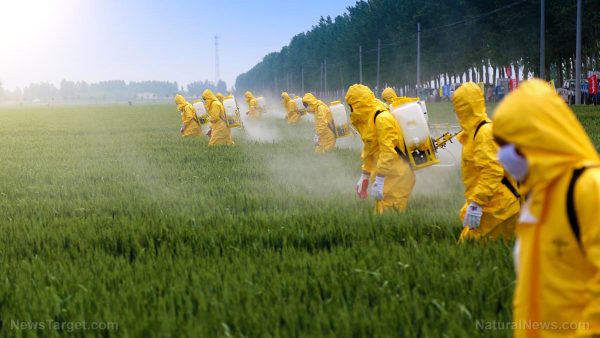 An entry posted on the International Union of Pure and Applied Chemistry (IUPAC) website classifies chlorpropham as a residual herbicide that is used to control annual and perennial broad-leaved weeds. The chemical is first introduced in 1951 and is commonly applied to a wide variety of crops such as alfalfa, potatoes and sugarbeet. The herbicide is also used on sweet potatoes, tomatoes and garlic as well as cranberries, blueberries and tobacco. 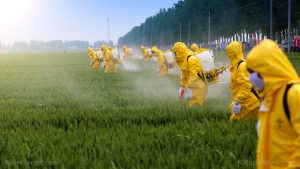 Chlorpropham is known to target the central nervous system (CNS), according to a Pesticide Action Network North America (PANNA) article. The entry notes that the harmful compound may induce CNS depression, seizures and neuropathy. Likewise, the toxic chemical is found to cause listlessness and reduced coordination. The entry has also revealed that direct chemical contact may lead to severe skin and eye irritation.

Exposure to the residual herbicide may lead to inflammation of the stomach and intestinal lining, congestion of the brain, lungs and other organs and compromised kidney and liver health. Animal studies have also shown that the hazardous substance may trigger labored breathing, prostration, high fevers and death.

Furthermore, an article published on the open chemistry database Pub Chem reveals that chlorpropham may contaminate water resources and affect aquatic ecosystems and animals including fishes, invertebrates and crustaceans. Likewise, the chemical may be highly toxic to aquatic plants, algae, and sediment-dwelling organisms. The toxic herbicide is also known to affect birds and other mammals. Chlorpropham negatively impacts beneficial organisms like honeybees, arthropods and earthworms as well.

Chlorpropham is notoriously detrimental to the central nervous system’s overall health. Likewise, the toxic herbicide affects the respiratory tract, the urinary system and the body’s digestive profile. The chemical may also impact the liver, the eyes and the skin.

Items that can contain chlorpropham

The Extension Toxicology Network website reveals that many trade name insecticides – such as Beet-Kleen, Bud Nip, Chloro IPC and Furloe as well as Sprout Nip, Spud-Nic and Unicrop CIPC – contain chlorpropham as a key ingredient. The toxic chemical is widely used in many parts of Europe, Australia and the U.S.

How to avoid chlorpropham

It is also advisable that people exposed to the harmful chemical be taken to an area with fresh air, while those who had direct eye and skin contact are urged to thoroughly wash the affected areas with plenty of water.  The safety guidelines also suggest that people immediately evacuate the area to avoid chemical exposure at the event of an accidental spill.

Chlorpropham may lead to intestinal inflammation, brain and lung congestion, and urinary and hepatic conditions.

Chlorpropham affects the respiratory tract, the urinary system and the body’s digestive profile.

Chlorpropham exposure may also negatively impact the liver, the eyes and the skin.