Cherubism – causes, side effects and treatments at NaturalPedia.com 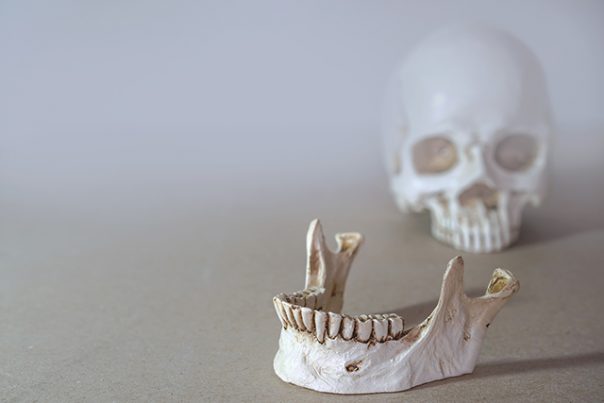 Cherubism (also known as familial fibrous dysplasia) is a genetic disorder wherein the lower part of the face becomes more pronounced. The condition is reminiscent of how little angels are depicted in Renaissance art — to which it got its name.

The condition usually begins during early childhood. During this time, the mandible and maxilla — which are the lower and upper jaw bones, respectively — will start growing abnormal bone tissue. The growth, described as “cyst-like and painless,” make the cheeks look swollen and rounded and may interfere with the normal development of teeth. The degree of the jaw enlargement varies: Some people may have a mild condition that is barely noticeable, while others have very severe cases which can encumber with functions like breathing, talking, and swallowing. While it develops early in life, the condition is self-limiting and abnormal growths become stable once the child reaches puberty. The symptoms usually resolve itself in early adulthood, as the growths are replaced with normal bones. This leads to a person with the condition during childhood to look normal as he reaches adulthood.

Cherubism is passed down as an autosomal dominant condition, that is, an abnormal gene that is inherited through families. In particular, a mutation in the SH3BP2 (or SH3-domain binding protein 2) gene causes the condition, with 80 percent of cases having the mutated gene.

However, the exact process of how the mutated gene can cause cherubism is still unknown. The SH3BP2 gene’s exact function is also not yet fully understood. Scientists believe that the protein affects chemical signals within cells — such as those that are responsible for bone remodeling. They also believe that the mutated SH3BP2 protein triggers inflammation in the jaw bones, which prompts the production of osteoclasts, which are used during bone remodeling.

The condition is only isolated to the upper and lower jaw bones. However, cherubism can also appear in other parts of the body as part of another genetic disorder like the Ramon syndrome (which affects stature and cognitive ability), or in rare cases such as the Noonan syndrome (a developmental disorder which hits facial characteristics) and the fragile X syndrome (a condition in males which causes learning disabilities).

Currently, the incidence of the condition is unknown, with only 250 cases reported all over the world. 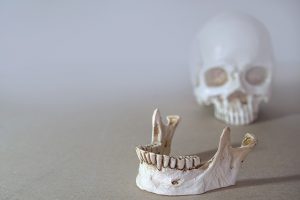 As the cherubism is passed down in an autosomal dominant pattern, the greatest risk factor is having a parent who has cherubism or carries the mutated gene. If either parent is a carrier, he or she has a 50 percent chance of passing down the condition to his or her child.

When a child has cherubism, symptoms will start to develop beginning in early childhood (two to five years). These could include:

The cyst buildup on the lower face will continue until the child reaches seven or eight years old. After hitting that age, the development starts to slow down. These symptoms will start to reverse itself when the child reaches puberty. Most people see their cheeks and jaw return to their normal size and shape in early adulthood, exhibiting little to no signs of the condition by the time they reach 30 years of age. There are some rare cases, however, that the symptoms do not reverse and become a permanent fixture.

The condition is only confined to the upper and lower jaw bones — the mandible and maxilla.

Food items that may prevent and relieve cherubism

As this is a genetic condition, it cannot be prevented through diet. However, a proper diet consisting of fresh vegetables, whole grains, juices, and salads will allow the body to strengthen its defense against further complications and maintain its general well being.

Most healthcare professionals utilize a conservative (wait-and-see) approach, as symptoms reverse itself without any need for an intervention. Children who have misplaced teeth may have it adjusted through orthodontics or have it replaced with implants.

Surgery isn’t a recommended option unless cherubism is severe even after puberty. In this case, the affected tissues and bones are excised so that it returns to its normal size.

Cherubism is a self-reversing condition where a person develops abnormal bone growth in the lower face during childhood. This results in having a very large jaw growing up. Symptoms start to reverse itself during adolescence, with it being completely gone as he reaches adulthood.