Carotid endarterectomy – causes, side effects and treatments at NaturalPedia.com 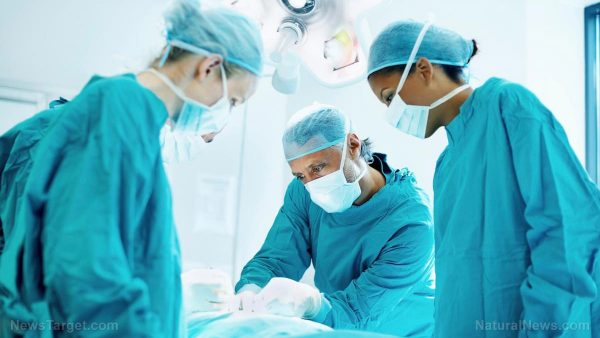 In CEA, the patient is prepared by administering either general or local anesthesia, as well as medication to help him relax. Then, he is made to lie in a supine position, with his head turned to the side, so the blocked carotid artery faces up. The surgeon makes an incision over the affected artery and inserts a catheter. This allows blood flow to continue while the surgery is taking place. After this, the carotid artery is then opened and cleared of plaque. Once the blockage is removed, the artery is closed, completing the procedure.

The procedure significantly cuts down the risk of stroke for people who have severely blocked arteries, and patients who have suffered a transient ischemic attack (TIA) — commonly referred to as a “mini-stroke” — lower their chances of a recurrence by a third after surgery.

Before undergoing a CEA, surgeons will run tests to determine how much the carotid artery is blocked. Normally, the procedure will be done if the artery is narrowed by at least 70 percent or more. When the procedure is deemed to be unsafe for the patient, alternative procedures such as carotid angioplasty or stenting will be used instead. Additionally, physicians may opt for non-surgical options such as diet modification, regular testing, or anticoagulants like aspirin.

Carotid endarterectomy is believed to avert the possibility of stroke; however, that becomes a risk factor when the procedure is done after a major stroke — such as those that alter the level of consciousness or that severely impair the quality of life. In addition, people who are under asymptomatic dialysis are also at risk when undergoing a CEA.

During the procedure, a patient may be subjected to risks from both the surgery itself and the anesthesia. In particular, he may have an anaphylactic reaction if he is allergic to the anesthesia used in the surgery. While undergoing CEA, a patient is at risk of brain injuries, such as cerebral artery thrombosis and intramural hemorrhage, and heart attacks. Moreover, depending on the severity of the blockage, he is also at risk of developing a stroke and having a seizure.

Some complications after CEA include the following:

There are a couple of factors that increase the incidence of complications after a CEA. These include age, lifestyle (particularly smoking habits), prior cases of TIA, other arterial blockages in the body, as well as the presence of other health conditions such as cancer, hypertension, and diabetes.

Carotid endarterectomy is a procedure that mainly affects the carotid arteries which supply the head and neck.

Food items that may prevent and relieve carotid endarterectomy

Changing a diet is one of the easiest methods to avoid the need for a CEA. Here are some suggested food items to reduce the likelihood of plaque buildup not only in the carotid arteries — but in all arteries in general.

Managing carotid endarterectomy and its complications

After CEA, patients feel discomfort around the affected area. They may also have difficulties in swallowing and may have isolated pain in the location. These conditions may linger for a few days after the procedure.

While undergoing CEA may lower the risks of stroke, lifestyle changes must be done to prevent plaque buildup from recurring, which is a real risk. If a person regularly smokes prior his operation, quitting greatly improves his chances of avoiding another round of CEA in the future. Likewise, exercise and proper diet are beneficial to maintain the quality of life after the procedure.

Some medications that healthcare providers may recommend to manage carotid artery disease, thereby mitigating CEA, include:

Carotid endarterectomy is a surgical procedure that removes plaque buildup from the carotid arteries found in the neck. While this may have its purported benefits, it carries risks and complications, especially to patients who have had a debilitating stroke prior the surgery. Lifestyle and dietary adjustments can help prevent the instances of plaque buildup, which will eliminate the need for surgery.