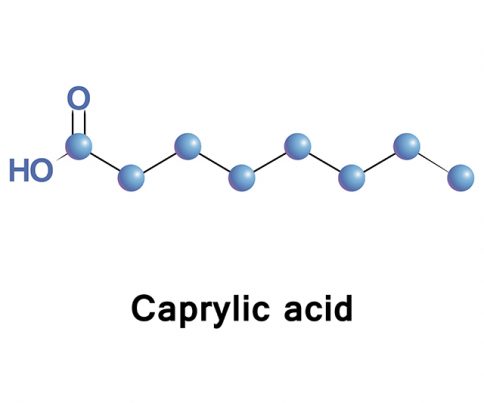 Caprylic acid, also known as octanoic acid, is an eight-carbon saturated fatty acid naturally present in the milk of various animals. Edible oils such as palm and coconut oil are known to contain caprylic acid as well. Caprylic acid has garnered much attention in recent years after its numerous medicinal properties were discovered — specifically, its anti-inflammatory, antibacterial, antifungal, and antiviral properties. These beneficial qualities have made caprylic acid popular as a remedy for a wide array of health conditions, including but not limited to yeast infections and digestive disorders. 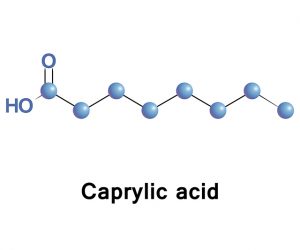 Caprylic acid can be useful against irritable bowel syndrome too. In addition to soothing inflammation, the antibacterial property of caprylic acid can prevent possible bacterial infections in the digestive system from becoming this health ailment.

Internal and external yeast infections such as jock itch, vaginitis, and ringworm can all be treated and prevented with caprylic acid.

Skin conditions such as dermatophilosis, eczema, psoriasis, and acne can be remedied with caprylic acid thanks to its potent antibacterial and antimicrobial effects. If caprylic acid is derived from coconut oil, then the coconut oil can provide further relief by soothing the skin.

In addition to protecting the digestive system from inflammatory diseases, caprylic acid can improve the overall health of the gut. Caprylic acid can enhance the digestive process by increasing stomach flow, which in turn increases calcium intake and reduces cholesterol in the blood and liver. Furthermore, caprylic acid is completely natural and thus has no effect on the good bacteria on the gut while simultaneously decreasing the growth of bad bacteria. Good gut bacteria has in itself been linked to improved brain function and hormonal health.

Caprylic acid can support the health of the skin and heart too. Along with the other fatty acids found in coconut oil, caprylic acid can protect heart cells and the mitochondria, and increase blood circulation, leading to a truly healthy heart.

Caprylic acid is a health-promoting fatty acid that is good for the digestive system, skin, and heart. It can prevent, treat, and relieve the symptoms of candida, yeast infections, numerous skin conditions, and high cholesterol. Caprylic acid is present in milk, palm oil, and coconut oil, with coconut oil standing as the best source.