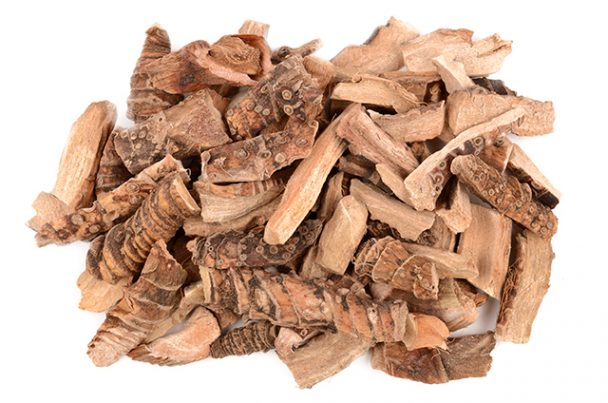 Calamus, or Acorus calamus, is a semi-aquatic plant that usually grows with “wet feet,” often alongside Irises, Cattails, and other waterweeds. It is characterized by its erect, sword-shaped leaves that is similar to those of the Yellow Flag, hence its other common name “sweet flag.” This plant is popularly known for its bitter taste, spiciness, and aromatic smell. The aroma of calamus makes the plant’s essential oil important in the perfume industry.

Calamus was often used in Europe as an additive to wine. It is also thought to be one of the potential ingredients of absinthe. During the Great Depression, when tobacco was difficult to acquire, the English people chewed on it instead. For thousands of years, it has been used medically for different kinds of ailments in many cultures. Because of its mutagenic properties, the usage of calamus in foods is not allowed in the United States. 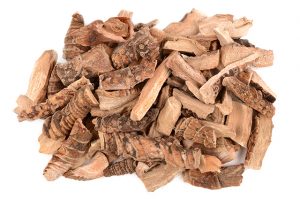 Harmful effects that can be caused by calamus

Calamus has both beneficial and hazardous effects in the body. The main hazardous effect of calamus is its carcinogenic property. Calamus contains a toxic compound called asorone, which can cause cancer. It has narcotic effects and can cause convulsions and hallucinations if taken in high doses.

On the other hand, calamus also has several medicinal uses in the body which are mainly from its oil. The essential oil of calamus is obtained from its fresh or dried roots through steam distillation. Calamus oil is anti-rheumatic and anti-arthritic. It stimulates the nerves and blood circulation, relieving pain and swelling linked with rheumatism, arthritis, and gout. It is also known to be anti-spasmodic as it relaxes all sorts of spasms, especially nervous spasms. Moreover, it can be used as an antibiotic which fights infections. The oil has a refreshing effect on the brain when taken in very mild doses. Calamus oil can also boost memory and supports the nervous system. It also stimulates nerves which helps improve alertness and steadiness.

There are a few body systems harmed by calamus. Calamus or sweet flag found in North America contains a low level of carcinogenic substances. The plant may also contain other toxins that can harm the body systems. It was found to be harmful for the digestive system as it causes stomach upset and vomiting. The plant also can cause irritation in the skin. These findings are contrary to the medicinal uses of calamus during the ancient times as the plant was used to trea tinsomnia, heart palpitations, chronic bronchitis, bronchial asthma, and amnesia during the ancient times.

Where to learn more:

Calamus, also known as sweet flag, is a semi-aquatic plant characterized by its erect, sword-shaped leaves. It contains asorone, which is a cancer-causing substance. It was also found to be harmful for the digestive system as it causes stomach upset and vomiting. In addition, the plant can cause irritation in the skin.