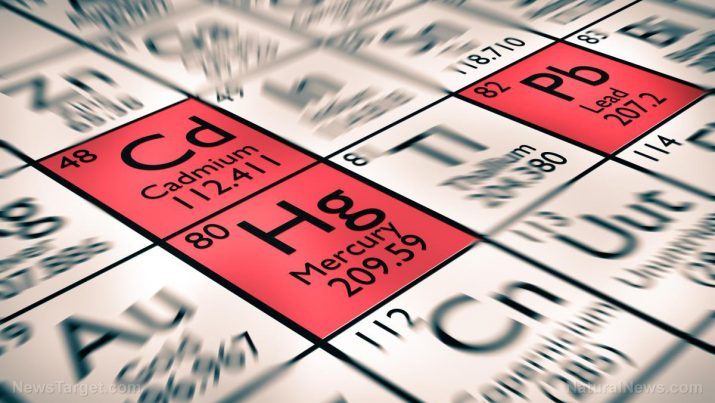 Cadmium (Cd) is a chemical element that usually appears as a soft, bluish-white metal. It was first discovered in 1817 by the German chemists Freidrich Stromeyer and Karl Samuel Leberecht Hermann, with Stromeyer identifying it as an impurity in zinc carbonate. The name “cadmium” is derived from the Latin word “cadmia” and the Greek word “kadmeia”, two ancient names for calamine, which is the historic name for a zinc ore.

As per OSHA.gov, most of the cadmium produced today is derived from zinc byproducts or recovered from used nickel-cadmium batteries.

In the past, cadmium was used primarily as a pigment because of its ability to generate brilliant shades of yellow, orange, and red. At present, the applications of cadmium are largely industrial, with this metal playing an important role in the production of batteries, alloys, and much more.

Despite its many uses, cadmium and its compounds are known to be highly toxic, and exposure to cadmium can bring about numerous health problems. 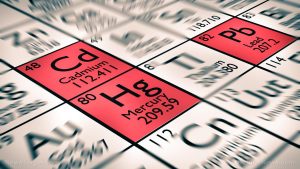 According to LiveStrong.com, swallowing cadmium will yield a variety of symptoms that manifest almost immediately after ingestion. These include abdominal pain, nausea, vomiting, and diarrhea. Severe cadmium poisoning, or the ingestion of greater amounts of cadmium, will result in more serious symptoms, namely:

Cadmium fumes and dust are both dangerous, and inhaling these can result in the affected person experiencing symptoms that are similar to metal fume fever, primarily:

Those who’ve breathed in larger cadmium amounts can develop lesional pulmonary edema with respiratory failure and acute pneumonitis, both of which can be fatal.

Cadmium is a potential carcinogen, and has been linked to the increased risk of lung and prostate cancer in animals and humans. Furthermore, the researchers of one study found that injecting cadmium into the thigh muscles of female hooded rats lead to the animals developing rhadbomyosarcomas and fibrosarcomas, both malignant tumors. Rhadbomyosarcomas, in particular, are known for being highly aggressive.

In addition to being a potential carcinogen, cadmium is a suspected reproductive toxicant as well. This designation is based on limited animal data showing that oral exposure to cadmium can result in decreased sperm production, testicular damage, and low fetal weight.

According to WHO.int, cadmium primarily targets the kidney. This metal has been found to accumulate in this organ and can remain within the kidneys for as long as 35 years. Left untreated, cadmium can lead to the affected person developing kidney stones or renal tubular dysfunction, an irreversible condition that results in the greater excretion of low molecular weight proteins in one’s urine.

Cadmium exposure has been observed disturbing calcium metabolism too, which can then cause bone softening or osteomalacia and osteoporosis. In fact, cadmium was the primary cause of Itai-itai disease (or “It hurts-it hurts disease”), a health disaster that occurred in 1912 in the Toyama Prefecture of Honshu, Japan. Mining in the area lead to the locals becoming exposed to cadmium and experiencing severe pains in their bones and joints, and painful bone fractures, all of which are hallmarks of Itai-itai disease.

Small and high concentrations of cadmium can be damaging to the lungs. Those who’ve endured long-term, high-level occupational exposure to this metal have undergone lung changes that are primarily characterized by chronic obstructive airway disease (COPD), the umbrella term for progressive lung diseases.

More than just the kidneys, bones, and lungs, cadmium may also impact:

Items that can contain cadmium

Cadmium is most commonly found in electroplating coatings, solar cells, pigments, and plastic stabilizers, as well as neutron absorbers for nuclear reactors.

Moreover, cadmium can be present in soil, water, and a wide variety of foods, most notably:

Cadmium can accumulate in the environment through natural occurrences (e.g. volcanic activity or erosion), human activities (e.g. tobacco smoking, fossil fuel combustion, or burning of municipal waste), and the remobilization of historic sources (e.g. the release of drainage water from metal mines).

How to avoid cadmium

Workers in the industrial sector are the ones at highest risk of cadmium exposure. As such, the following measures should be taken to minimize exposure:

For everyone else, there are various ways to reduce the chances of cadmium entering the environment and contaminating water and food sources:

Cadmium is a very dangerous metal that can severely damage the kidneys, bones, and lungs with prolonged or repeated exposure. This can, in turn, result in renal tubular dysfunction, osteoporosis, osteomalacia, and acute pneumonitis. Additionally, cadmium can impact many other organs and organ systems.