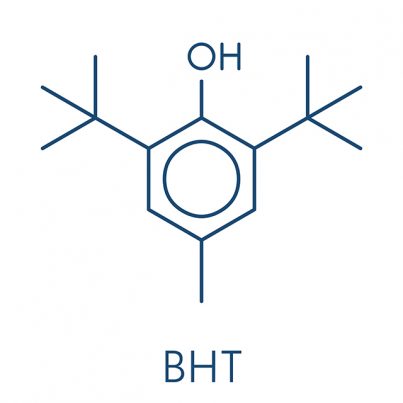 Butylated hydroxytoluene or BHT is a type of food additive that is notoriously implicated in the onset of various health woes. In fact, the Environmental Working Group (EWG) has included the compound in its list of unhealthy ingredients called the Dirty Dozen Guide to Food Additives. Sean O’Keefe, Ph.D., a food science and technology professor at the Virginia Polytechnic Institute and State University, has defined the uses of the potentially toxic compound.

“BHT…[is a] phenolic chain-breaking antioxidant that prevent oxidative rancidity in foods. Oxidative rancidity results in destruction of vitamins and essential fatty acids, degradation of flavor, and production of free radicals that cause stress and damage to our bodies. There is evidence that aging effects are a result of accumulation of oxidation in our bodies. The phenolic antioxidants are added to foods that are sensitive to oxidation to prevent oxidation, so they are found in many places,” Professor O’Keefe has explained in an article featured on the Best Food Facts website.

The chemical is commonly found in a large number of food products such as cereals, butter, and chewing gum as well as nuts, snack foods, and potato chips. Aside from being a food additive, BHT is also a widely used antioxidant in various makeup products — such as eyeliner, lipstick, blush, and foundation — in order to prevent their deterioration. The compound can also be found in other cosmetic products including cleanser, perfumes, and moisturizers. 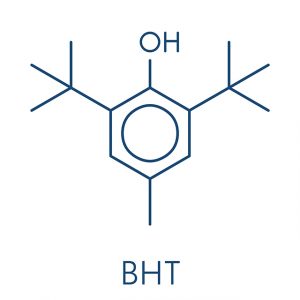 Harmful effects that can be caused by butylated hydroxytoluene

The EWG has cited a number of studies carried out by the European Food Safety Authority (EFSA), which demonstrate that butylated hydroxytoluene exposure is particularly detrimental to the respiratory tract. Data from one study have shown that rats exposed to BHT have developed lung and liver tumors. Likewise, another study reveals that BHT exposure resulted in thyroid changes and developmental issues in the animal models. The result shows that the food additive is able to disrupt the body’s endocrine signaling, the researchers have stated.

An article posted on the Diets in Review website has also stated that the chemical may trigger hyperactivity in children. Likewise, the Department of Health and Human Services has classified BHT as “reasonably anticipated to be a human carcinogen.” Oral intake of BHT is also shown to cause severe damage to the circulatory system and wreak havoc on the blood’s coagulating properties. High BHT doses are also known to damage the lungs, liver, and kidneys, according to an article published on the Truth Imaging website.

Butylated hydroxytoluene is particularly damaging to the respiratory tract. Likewise, previous studies have shown that the food additive is detrimental to both blood circulation and the endocrine system. The chemical is also harmful to the thyroid glands. The toxic food additive causes significant damage to the liver and kidneys as well.

Butylated hydroxytoluene is particularly detrimental to the respiratory system.

Butylated hydroxytoluene negatively affects both the thyroids and the endocrine system.

Butylated hydroxytoluene has a damaging effect on the circulatory system.

Butylated hydroxytoluene causes damage to the liver and kidneys.