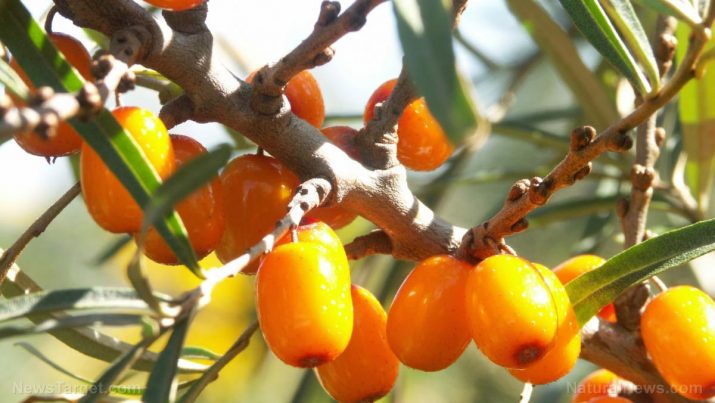 Buckthorn, a tree that usually grows with many branches, reaches a height of about six feet but sometimes can tower to as much as 12 feet, is endemic to North Africa, North Asia, most parts in Europe, and the northeastern part of the United States.

Buckthorn has a smooth, blackish-brown bark and ash-colored twigs. It has oval to elliptical leaves that can grow up to 15 centimeters long and has white, green, or yellowish flowers. Its fruits, which are three-seeded small round berries that ripen from green to yellow to red to purplish-black, are collected in the counties of Hertsfordshire, Buckinghamshire, and Oxfordshire in England. It is a favorite food fare among sheep, goats, and horses but is snubbed by cows.

The bark of the buckthorn is highly poisonous when it is fresh, but upon a one-year storage, you can reap its medicinal benefits. The best barks are those that have seen storage for around three to four years. 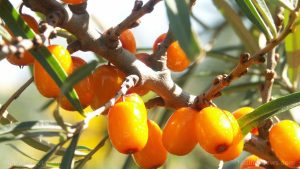 Buckthorn, until the late 19th century, has been widely used as a purgative agent in treating children with such ailments as intestinal worms. It was prepared by boiling the juice with pimiento and ginger and adding sugar to the concoction.

Buckthorn has anti-inflammatory properties. It can be used to treat hemorrhoids, gout, and rheumatism.

Buckthorn has diaphoretic properties. It can induce sweating so as to lower a fever.

Buckthorn can also treat skin conditions such as warts and itchy skin.

Contrary to it being a poisonous plant, buckthorn can actually alleviate the symptoms of lead poisoning.

Buckthorn is good for the digestive system. It treats abdomnal bloating, colon and intestinal problems, colic, constipation, and dropsy, or the accumulation of excess water in the cavities or tissues of the body, which is indicative of bacterial infections, parasitic infections, or liver damage.

Buckthorn is good for the excretory system. It has emetic and laxative properties that stimulate vomiting and bowel movement. It addresses bladder and liver complaints and increases the production of bile.

Ways to use buckthorn

Buckthorn’s bark and fruits give off a yellow, black, or purple dye. This dye, when mixed with limewater, can be used in watercolor painting. It also has its uses in veterinary medicine.

However, buckthorn should not be used by pregnant women and lactating mothers as excessive doses of the berries can induce poisoning. Recommended doses of buckthorn include one teaspoon of buckthorn bark with half a cup of cold water and two to 10 ounces of berries boiled with water and sugar.

Buckthorn should also be avoided by people who have serious forms of intestinal diseases like appendicitis or Crohn’s disease, which is an inflammation of the lining of one’s digestive system.

Buckthorn can treat skin conditions such as warts and itchy skin.