Botulism – causes, side effects and treatments at NaturalPedia.com 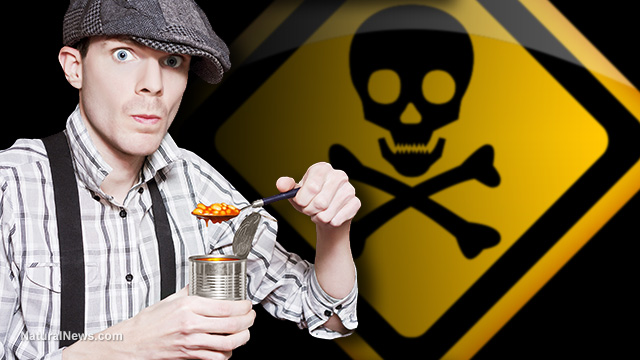 Botulism, also known as botulism poisoning, is a rare yet potentially fatal illness caused by the toxins produced by the spores of Clostridium botulinum, a bacteria that occurs naturally in soil. For the most part, these spores don’t result in sickness even when the bacteria is digested. Certain conditions, however, can result in these spores growing and making the lethal toxins responsible for botulism. According to the Centers for Disease Control and Prevention (CDC), these conditions are:

When all conditions are met, the chances of C. botulinum producing botulism toxins increases exponentially. Botulism toxins are categorized into seven neurotoxins designated by the letters “A” to “G”; the ones known to cause harm among humans are types “A”, “B”, “E”, and sometimes “F”. These neurotoxins affect the human body by surrounding nerves and preventing them from messages, causing affected people to lose control over their muscles. 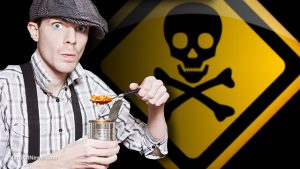 Known side effects of botulism

There are three main kinds of botulism:

Wound botulism, which is caused by C. botulinum entering the body through cuts, displays most of these symptoms too. Only nausea, vomiting, and abdominal cramps are limited to foodborne botulism.

Infant botulism, on the other hand, is the result of C. botulinum spores growing in the intestinal tract of a baby after eating contaminated foods (such as honey or corn syrup). Babies as young as six days old can be affected by infant botulism, the symptoms of which typically occur within 18 to 36 hours after the consumption of contaminated food. These symptoms are:

The three main types of botulism primarily impact the muscles. If not treated immediately, however, then botulism can affect other areas of the body and cause the infected person experience the various symptoms listed above. These include but aren’t limited to the digestive system (as evidenced by symptoms of vomiting, diarrhea, and constipation) and the respiratory system.

Infant botulism is slightly different in that the first system to undergo changes is the digestive system, as constipation is the first symptom of this disease.

Food items or nutrients that may prevent botulism

When it comes to foodborne botulism, many past cases of this disease were brought on by the consumption of home-canned, preserved, or fermented foods that weren’t canned properly. As such, there are numerous steps that can be taken to prevent this from happening:

The treatment for botulism is largely related to which type a person has. For instance, foodborne botulism and wound botulism are usually treated with an antitoxin following diagnosis, while infant botulism is treated with botulism immune globulin to block the botulism neurotoxins in the blood. Wound botulism may also call for the removal of infected tissue. For the more severe cases of botulism, a ventilator may be necessary in order to support breathing.

Note that any paralysis that occurs as a result of botulism can’t be reversed through treatment. The most that can be done is preventing it from getting worse. However, most people who experienced paralysis because of botulism and prior to treatment eventually showed signs of improvement over the course of weeks or months. In these cases, long-term therapy and rehabilitation may be recommended.

Botulism is a rare but dangerous disease caused by the toxins of the bacteria C. botulinum. There are three main types of botulism: foodborne botulism, infant botulism, and wound botulism. All types of botulism are characterized by muscle weakness, blurred or double vision, drooping eyelids, and difficulty swallowing. If left untreated, then paralysis or even death can occur. Botulism is preventable, as it’s commonly caused by the consumption of food that hasn’t been properly canned or fermented, or by feeding infants corn syrup or honey.