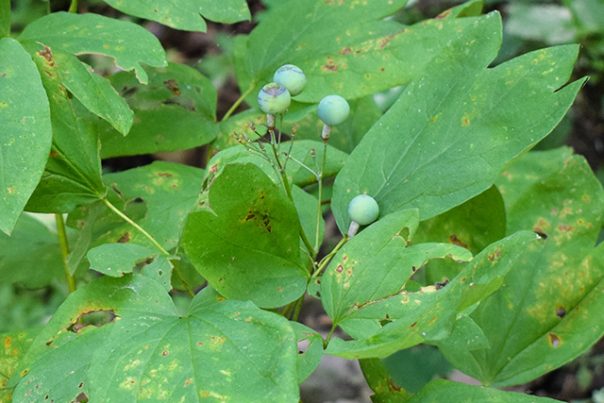 Blue cohosh, which has the scientific name of Caulophyllum thalictroides, belongs to the Berberidaceae family, and is also called blue cohosh root or squaw root. It is a perennial herb that grows up to a height of one to 2 ½ feet.

Blue cohosh is endemic to the United States, thriving in moist and shady woods from Canada to Kentucky and all the way down to the Carolinas. It flowers best between the months of April and May. The fruit of the blue cohosh has a sickly faint flavor and is blue-hued.

Blue cohosh seeds, when roasted, taste like coffee. Its roots and rhizomes, which are the parts that are most utilized in the plant, are gnarly and yellowish, can reach up to eight to 10 centimeters long, and are usually harvested in the summer, when all of their medicinal benefits are potent.

Blue cohosh is not be confused with black cohosh, as even though both can be used to treat female reproductive conditions, black cohosh is safer to use than blue cohosh for it is not poisonous in excessive amounts, unlike blue cohosh.

The Iroquois, which is a native Indian tribe, used it to treat arthritis. 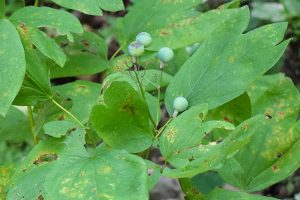 Blue cohosh has abortifacient, anticancer, antirheumatic, antispasmodic, and emmenagogue properties. It also has parturient (aiding in pregnancy) qualities and can be used as a uterine tonic for the uterus and the Fallopian tubes to alleviate discomfort caused by infection.

Blue cohosh can also be used to treat rheumatism; uterine inflammation due to infection; dropsy or edema, which is characterized by an accumulation of water or fluid in cavities or tissues in the body; and colic, which is an intense abdominal pain that is caused by intestinal gas or obstruction in the intestines.

Blue cohosh is good for the female reproductive system. It is a good treatment for amenorrhea, which is the loss of periods in woman who are supposed to be having regular monthly cycles, thereby signaling that something is wrong in her body; dysmenorrhea or menstrual pain; and it aids in alleviating the pain caused by childbirth and discomfort brought about by pregnancy.

Ways to use blue cohosh

Blue cohosh is usually taken as tea, especially when it is used to induce labor and make the process of childbirth relatively easier. It can be taken as a supplement and as a salve ointment – remember not to apply directly to skin for more than three times a day.

It should not be consumed if you are taking medications for blood pressure and diabetes.

Blue cohosh is good for the female reproductive system.

Blue cohosh should not be consumed if you are taking medications for blood pressure and diabetes.