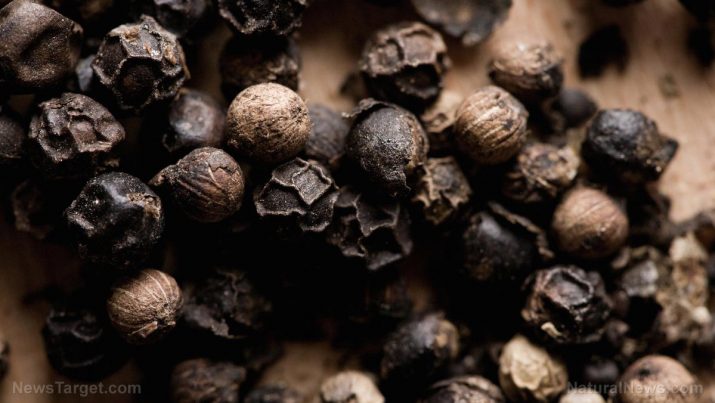 Black pepper is one of the world’s most used and most popular spices. The “king of spices” comes from the cooked and dried unripe drupes of the Piper nigrum L. plant, a perennial vine and climber native to South India. Once highly prized for its culinary purposes, black pepper has since become equally renowned for its array of health benefits. 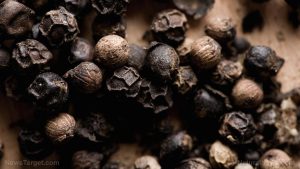 Piperine is an organic compound that gives black pepper its trademark aromatic pungency. It, along with other essential oils, carry monoterpene hydrocarbons like sabinene, pinene, terpenene, and mercene, all of which have antiviral, decongestant, and diuretic properties. On its own, piperine increases the bioavailability of helpful nutritional substances, allowing the body to better absorb and make use of these substances in processes like mineralization.

Black pepper serves as a source for other minerals and vitamins, such as:

As a natural antibacterial, black pepper can be used to remedy coughs and colds, and can even alleviate congestion. Apart from the relief it can provide during a bad cold or cough, using black pepper can help minimize:

The digestive system aside, black pepper can support other parts of the body, such as:

Ways to use black pepper

Black pepper can be used in all manner of savory cooking. From sauces to marinades to soups, there’s little that black pepper won’t enhance with its strong flavor and smell. Indian chicken and vegetarian curries make liberal use of black pepper, as do Middle Eastern rice and meat dishes. Freshly ground peppers are more beneficial than pepper that has already been ground up, so investing in a good pepper mill will help get the most out of black pepper.

Crushed black pepper can be used to improve the skin and hair. When applied to the face, black pepper serves as an exfoliant and preventive acne measure. Mixing crushed black pepper with curd can make an effective dandruff treatment. Note that a small amount of black pepper will suffice for both applications, since using more of this spice can cause extreme discomfort.

Black pepper has diaphoretic and diuretic qualities, so using it can induce sweating and urination which can help the body rid itself of unwanted wastes and reduce inflammation.

Dentists have used black pepper as an antiseptic remedy for gum swelling and even tooth decay.

As an essential oil, black pepper has a warming effect that improves circulation and relieves the pains commonly associated with arthritis and rheumatism.

Black pepper has antioxidants that aid the body in ridding itself of harmful free radicals.

Because black pepper promotes hydrochloric acid production, it should be avoided by individuals with ulcerative colitis, stomach ulcers, acid-peptic disease, and diverticulitis conditions.