Bile duct cancer – causes, side effects and treatments at NaturalPedia.com Bile duct cancer (also known as cholangiocarcinoma) develops from the cells within the bile ducts, which are found in the liver. This type of cancer is not common – the American Cancer Society estimates that only 8,000 people in the U.S. are diagnosed with bile duct cancer each year. However, parasitic infections caused by liver flukes increase the risk of getting this type of cancer.

Doctors identify bile duct cancers based on the site of the tumor. 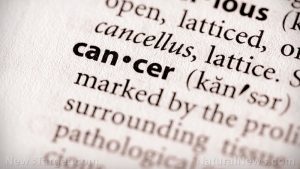 While the etiology of bile duct cancer is still unclear, there are several risk factors that increase a person’s likelihood of developing this type of cancer, aside from age. A person’s previous medical condition is one factor. Primary sclerosing cholangitis (PSC), a rare inflammation of the bile ducts, can increase the risk of cancer for people who have the condition. Additionally, ulcerative colitis, a long-term inflammation of the colon, can also heighten the likelihood of bile duct cancer.

Symptoms of bile duct cancer may not appear until the later stages of the disease; however, there are cases wherein these are diagnosed early because of a blockage in the bile duct. When this happens, bile cannot be released into the intestine and is absorbed by the blood instead. This is then seen in the skin and the eyes of the person in a condition called jaundice. Additionally, other symptoms of bile duct cancer include:

Bile duct cancer is normally found in the liver, where the bile ducts are located. However, this cancer can spread to other parts of the body through blood vessels that feed the liver and through the lymphatic system, which is connected to the bile duct.

Food items or nutrients that may prevent bile duct cancer

Like other forms of cancer, our diet constitutes a great deal in reducing the likelihood of developing bile duct cancer. A balanced diet consisting of vegetables, fruits, whole grains, pasta, cereals, fish, poultry, and beans can go a long way in managing the risk of bile duct cancer. Additionally, cutting back on processed meat and red meat is a beneficial step in your diet.

Depends on which stage bile duct is diagnosed, health care providers might provide you with ways to treat, or manage, the condition.