Benign prostate hyperplasia – causes, side effects and treatments at NaturalPedia.com 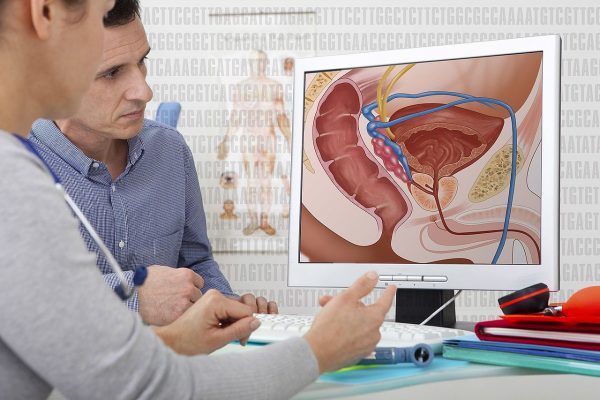 The prostate is a male gland that assists in the production of semen, the fluid that contains sperm. It is located under the bladder, surrounding the tube that carries urine out of the body. As men get older, the prostate grows bigger – if it gets too large, however, it may cause problems. An enlarged prostate is also known as a benign prostatic hyperplasia (BPH)

BPH is the most common prostate problem, as almost all men develop it as they age. By age 60, almost 50 percent of all men will have some of the signs (as listed below) of the condition. By age 85, 90 percent of all the men will have developed the symptoms. The American Urological Association and the American Cancer Society recommends an annual prostate screening every year once a man reaches 50 years old. Those with higher risks, such as African-American men and those with a family history of prostate problems will have to begin screening earlier (40 years old). 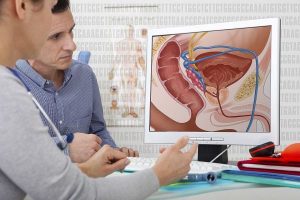 The symptoms of BPH include:

If left untreated or undetected, BPH may cause bladder stones, bladder infection, blood in the urine, kidney damage (from pressure of a frequently full bladder), and blockage of the urethra.

Benign prostatic hyperplasia affects the kidneys, the bladder and the urinary tract (urethra).

Food items or nutrients that may prevent benign prostatic hyperplasia

Healthy foods can help prevent the onset of benign prostatic hyperplasia or manage its symptoms. Sesame seeds have a lot of zinc, a mineral known to be essential to the health of the prostate gland. Other foods that are high in zinc include almonds, adzuki beans, and pumpkin seeds. Salmon and other seafood rich in omega-3 fatty acids, together with regular exercise, decrease risk of obesity and excessive weight gain. Bell peppers and other foods high in vitamin C plays a role in fighting BPH. Vitamins, especially those that are naturally found in fruits and vegetables.

BPH can also be self-treated at home: Urinate as much as possible, but make sure to double your fluid intake; take your time when urinating; empty your bladder before bedtime to avoid waking up in the middle of the night; avoid caffeine and alcohol; and avoid medicines that make urination difficult such as antihistamines, decongestants, and allergy pills.

Medical treatment of patients with BPH is focused on men who usually have the worst symptoms. Medication such as alpha blockers relieve the muscles associated with the enlargement; 5-alpha reductase inhibitors block the conversion of testosterone into its active form. Surgical treatment is readily available for men who have not responded well to medications. Procedures such as transurethral resection of the prostate (TURP), laser procedures, and microwave therapy, can be done in an operating room or in a doctor’s office with localized anesthesia.

Benign prostatic hyperplasia is a condition that affects the prostate gland.

Benign prostatic hyperplasia may cause damage to the kidneys, bladder, and urethra.

Benign prostatic hyperplasia does not cause cancer.