While it is better known for its healthy grains, barley grass provides just as much health benefits as its cereal byproduct. In fact, an article posted on the health and wellness website Live Strong notes that nutrients found in young cereal grasses such as barley grass are similar to those found in green leafy vegetables. 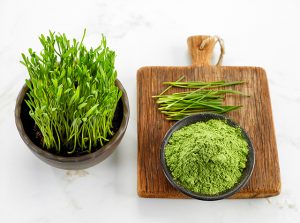 Barley grass is notably high in essential vitamins and minerals that promote the body’s overall health. An article on PureHealingFood.com lists the many important nutrients found in barley grass, which include:

Barley grass is highly valued for its beneficial effects on diabetic patients. Barley grass is known to improve insulin resistance and reduce blood sugar levels. As a result, it prevents the onset of harmful fluctuations in patients’ blood sugar levels. Aside from this, the soluble fiber in barley grass helps induce healthy weight loss by promoting satiety and preventing patients from having strong cravings in between meals.

Barley grass is also known as a powerful digestive aid. The superfood is a potent detoxifying agent that helps rid the body of heavy metals that trigger the onset of various diseases. The detoxifying effects of barley grass are largely due to the presence of zinc, selenium, and copper. Likewise, the high chlorophyll and beta-carotene content in barley grass promotes waste elimination, facilitates the metabolic process, and fortifies the liver.

Aside from this, barley grass is touted for its anti-cancer potential. The superfood is an excellent source of superoxide dismutase, a powerful compound that contains curative and preventive effects against cancer cells. Likewise, the catalase enzymes in barley grass help decompose and neutralize hydrogen peroxide and suppress cancer cell proliferation. Besides this, barley grass is found to counter the harmful effects of ultraviolet rays and prevent cellular damage.

In addition, barley grass is found to lower blood cholesterol levels. A previous study shows that consuming barley grass daily for 70 days helped reduce cholesterol levels by more than five percent. As per the study, this is due to the antioxidants and monounsaturated fats found in the superfood. Likewise, barley grass is found to fortify the body’s immune system. Barley grass contains more vitamin C than oranges, which makes it a potent superfood against a host of diseases such as colds and flu. Aside from this, the superfood is also notably effective in maintaining the body’s acid-alkali balance. As a result, this lowers the odds of various related conditions such as sleep disorders, cardiac pains, and fatigue as well as constipation and fragile fingernails.

Moreover, barley grass helps lower the odds of osteoporosis, improve the skin’s condition and fend off different kinds of addiction such as alcohol, coffee and nicotine as well as drugs and even sweets.

Barley grass benefits the digestive, cardiovascular, and immune systems. Likewise, the superfood is beneficial to the skeletal and nervous systems.

Ways to use barley grass

Just like its wheat counterpart, barley grass is becoming an increasingly popular superfood due to its high nutrient content. The plant has now become a staple in many recipes, especially beverages. An article on the Gourmandelle website will walk you through on how to make an excellent barley grass smoothie.