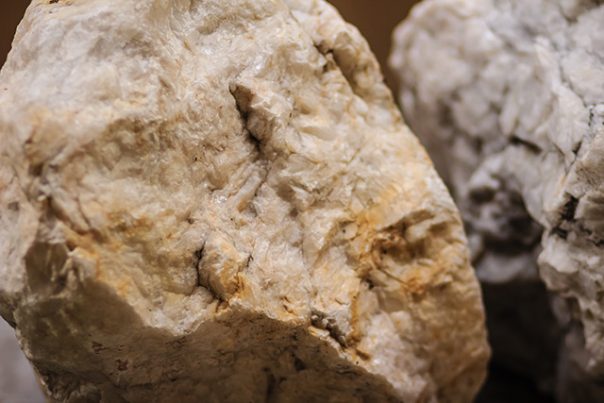 Barium is a soft, silvery-white metal that becomes a silvery to yellow colored metal when exposed to air. Barium only occurs in combination with other elements and it has two major forms, barium sulfate or barite and barium carbonate or witherite, which are usually found in nature as underground ore deposits. Moreover, barium can also form compounds with hydroxide, chloride, nitrate, chlorate, and other negative ions.

This element was first discovered by Vincenzo Casciarolo of Bologna, Italy in the early 1600s. He found some unusual pebbles that would shine during the night, if they were heated to redness during the day. He named these pebbles “Bologna stones” after his hometown, but were later named to be barium sulfate. The term barium was named after the Greek word barys, which means heavy, since the element is a relatively dense and reactive alkaline earth metal. In the 1800s, German chemist Carl Scheele discovered barium oxide, while English chemist William Withering discovered barium carbonate.

Pure elemental barium can only be obtained by separating it from other elements present in naturally occurring barium compounds. For example, it can be extracted from barium chloride through electrolysis. It can also be obtained by reducing barium oxide using aluminum or silicon in a high-temperature, low-pressure vacuum. Barium has the molecular formula of Ba. 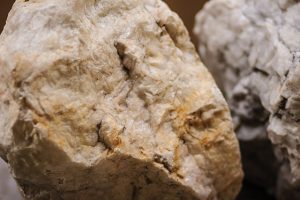 There are several known side effects of barium in the human body. Barium greatly affects those people who work in the barium industry and most of its health risks are caused by breathing in air that contains barium sulfate or barium carbonate. Barium exposure may lead to difficulty in breathing, increased blood pressures, heart rhythm changes, irritation in the stomach, muscle weakness, changes in nerve reflexes, swelling of brains and liver, and kidney and heart damage. Moreover, barium can harm the skin and cause severe skin burns and skin irritation. It can also cause irritation in the eyes and respiratory tract. Barium can also cause vomiting, colic, diarrhea, tremors, and paralysis.

Items that can contain barium

Since pure barium can be combined with other metals to form alloys that are used to make machine elements, it can be found in items such as bearings or spark plugs in internal combustion engines. Meanwhile, barium compounds are widely used for commercial purposes. Barium sulfate is mostly used by the oil and gas industries in the production of drilling mud, paints, bricks, tiles, glass, and rubber.

It can also be found in barium enema, the white fluid used to visualize intestines in an x-ray diagnostic test. Several barium compounds, like barium carbonate, barium chloride, and barium hydroxide, are used to make ceramics, insect and rat poisons, and additives for oils and fuels. These are also used in the treatment of boiler water, in the making of barium greases, as a constituent in sealants, paper manufacturing, sugar refining, in animal and vegetable oil refining, and in the protection of objects made of limestone from deterioration. In addition, barium can be found in fireworks in the form of barium nitrate or barium chlorate, which gives fireworks a green color.

How to avoid barium

There are several ways to avoid or lessen exposure to barium. One of these ways is to wear a respiratory protection when working with the chemical. Since it may also cause irritations in the skin and eyes, it is important to wear protective clothing and protective eye wear.

Barium, a soft silvery-white metal that tarnishes when exposed to air, only occurs in combination with other elements. It can be found in bearings, spark plugs, drilling mud, paints, bricks, tiles, glass, rubber, ceramics, insect and rat poisons, oils and fuels, and fireworks.

Barium can cause difficulty in breathing, increased blood pressures, heart rhythm changes, irritation in the stomach, muscle weakness, changes in nerve reflexes, swelling of brains and liver, and kidney and heart damage.

Barium can irritate the skin, eyes, and respiratory tract.

Barium can cause vomiting, colic, diarrhea, tremors, and paralysis.