Ascariasis – causes, side effects and treatments at NaturalPedia.com 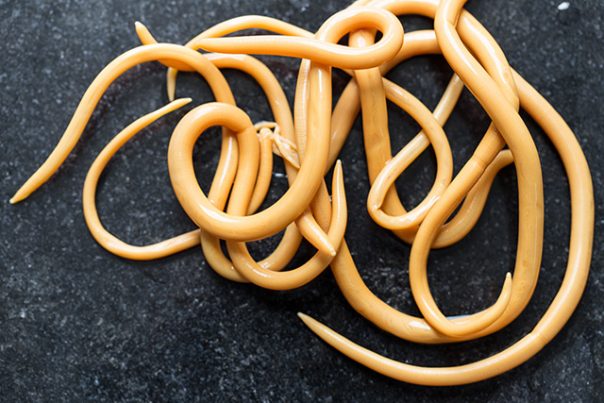 Ascariasis is an infection that is caused by the parasitic roundworm Ascaris lumbricoides, and is often seen in children living in tropical and developing countries, where they become prevalent due to soil contamination by human feces or the use of untreated human feces as fertilizer. It is common in the southern mountain region of the U.S. and spreads through vegetables grown on contaminated soil.

Ascariasis is known as the most common helminthic infection, and its worldwide prevalence is estimated to be 25 percent or about 0.8-1.22 billion people. It is also considered to be asymptomatic, and Ascaris infection in affected individuals may go unnoticed until a worm gets passed in the stool.

But there are possible colic and other abdominal symptoms, and sometimes the worms can be vomited out during their passage through a person’s esophagus. So-called “wandering worms” may also emerge in children through the skin near the navel, while in adults, it happens near the groin.

Infected children are usually thin due to the worms consuming vital nutrients and inhibiting the digestion of important proteins. 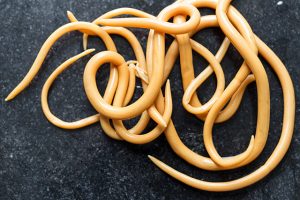 Because it is asymptomatic, ascariasis often shown no symptoms. But if there are symptoms, they may include fever, nausea, vomiting, weight loss, loss of appetite, abdominal discomfort or pain, irregular stools or diarrhea.

Ascariasis mainly affects the intestines as well as the lungs. In some cases, wandering worms may also end up causing problems in other areas such as the mouth, nose, and skin.

There are also cases where adult roundworms have been found to occasionally block the opening into the appendix, pancreatic duct, or biliary ducts. This then ends up producing severe abdominal pain.

Food items or nutrients that may prevent ascariasis

There are a few home remedies for ascariasis. Certain types of food can make the human body less hospitable to parasitic creatures such as the worm that causes this infection. Some of these foods are:

Ascariasis is an infection caused by a parasitic roundworm that is prevalent in children and adults living in tropical and developing countries. It is caused by soil contamination and spreads through vegetables grown on contaminated soil.

Ascariasis is asymptomatic but can sometimes show symptoms, such as fever, stomach pain, and the passing of worms in the stool.

Ascariasis may be treated with the use of albendazole, mebendazole, or ivermectin.