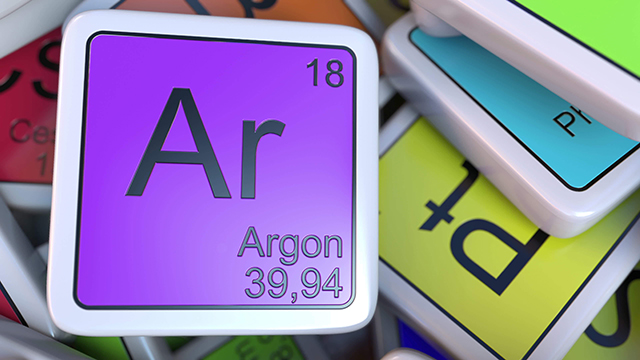 Argon is a colorless and odorless gas that is extremely stable and has non-reactive properties. It is used widely for industrial purposes, including as a preservative for organic materials such as wine, because it is heavier than oxygen, and as such hinders the reactive oxygen from interacting with the wine and giving rise to the nutty, sherry-like flavors linked with oxidation.

Argon is sometimes used by winemakers to preserve wines that are kept in storage for a long period of time; as a matter of fact, it is the gas used by the famous Coravin and Enomatic wine-preservation systems.

Wines are not the only products that argon can help preserve. According to British-based grocery chain Safeway Stores senior scientific and technical advisor Kevin C. Spencer, Ph.D., a 25 percent improvement in shelf life and quality is evident in argon-packaged foods such as lettuce, potato chips, and processed meat. In some products, it has reached up to 50 percent, as with fresh pizza, Spencer said.

Nitrogen is the element that is usually associated with food packaging. Even though argon is denser than nitrogen and fills spaces more completely, it took 10 years to make argon commercially viable as a packaging ingredient because argon costs more than nitrogen.

“When people try to put argon through nitrogen systems, it tends to not work very well. You’ve got to adjust the system to deliver the argon as if it were a liquid,” Spencer said. He added that argon, when used in food packaging, lessens the ability of microbes to spread infection. 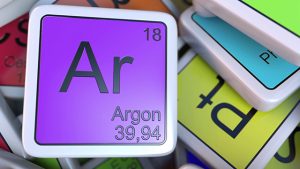 Harmful effects that can be caused by argon

Argon can cause irritation to the eyes and skin upon exposure. Liquefied argon exposure can result in skin frostbite. If a tank of argon is punctured, the rupturing of the chemical element can cause physical injuries.

Very high levels of argon in the air can contribute to oxygen loss, thereby leading to suffocation that is accompanied by rapid breathing, confusion, dizziness, headache, lightheadedness, loss of coordination and judgment, tremors, and convulsions.

Extreme cases of argon poisoning can result in unconsciousness, a coma, and possibly even death. Healthy oxygen level in the air is at least 19.5 percent by volume – the normal volume is 21 percent. At 12 to 16 percent oxygen levels, a person’s breathing and pulse rate increases; muscular coordination is compromised. At 10 to 14 percent oxygen levels, people suffer from extreme fatigue, become emotionally upset, and have difficulty breathing.

Argon has cancer-causing elements. A test made by the New Jersey Department of Health and Senior Services concluded that argon has the ability ot cause cancer in animals.

Argon specifically targets the skin and the respiratory system, weakening both to the point that death is a possibility.

Extreme cases of argon poisoning can result in unconsciousness, a coma, and possibly even death.

Argon specifically targets the skin and the respiratory system, weakening both to the point that death is a possibility.