Anotia – causes, side effects and treatments at NaturalPedia.com 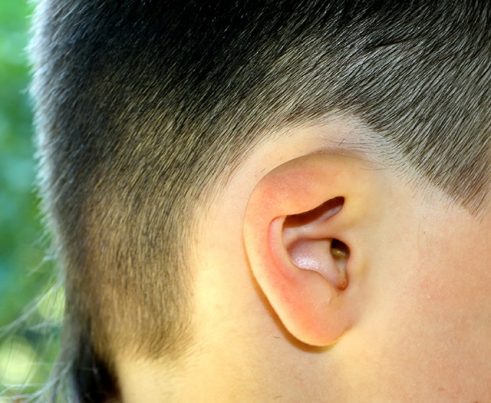 Anotia is the condition wherein the external part of the ear (specifically, the auricle) is totally missing. A related condition, microtia, occurs when the auricle is small and improperly formed. The condition usually is unilateral – anotia is noted in one ear – however, there have been cases where both ears have the condition.

Anotia can occur during the first few weeks of pregnancy. Incidence is rare, but the use of thalidomide during pregnancy will increase the likelihood of developing anotia by 20 percent. Up to 16 percent of reported cases are linked with defects in the chromosome, and some cases of anotia can be associated with congenital defects such as Goldenhar syndrome and Treacher Collins syndrome (TCS).

While anotia affects the appearance of the outer ear, it does not affect the functions of the inner ear. Still, infants born with this condition may have a narrow or missing ear canal. 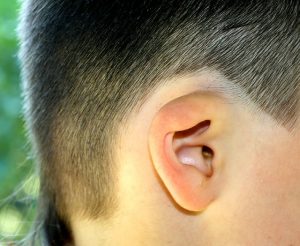 Known side effects of anotia

Scientists opine that factors such as heredity or having a stroke during pregnancy as possible factors may have a hand in anotia. Other factors include women contracting rubella, a mild viral illness, during the first trimester of their pregnancy, and the use of the drug thalidomide at any point during the pregnancy – including conception.

The Centers for Disease Control and Prevention (CDC) also lists isotretinoin (used in acne medication) as a drug which can cause birth defects, which may include anotia. Moreover, the agency identifies women with diabetes are more likely to have a baby with anotia.

Anotia affects several areas of the ear: The auricle and the formation of the external meatus. Infants with anotia do not have an auricle, which is the visible part of the ear. Some cases may also have the external meatus to be narrow or missing, which may impact the hearing of a person.

Depending on how severe the anotia is, there are treatments available for it. A healthcare provider will first check the patient’s inner ear to check if it is still functional despite the lack of the auricle.

The main course of treatment is through reconstructive surgery, where an auricle will be constructed and placed in the area of the anotia. The attachment may have an integrated hearing aid if needed.

Reconstruction may be a variety forms. The affected ear may have its missing auricle replaced using prosthetic means. This system would use ear replacements and anchor it to the area. Another way of reconstruction is called autologous reconstruction, where cartilage and skin are used in making a replacement of the ear.

Where there are no underlying conditions, people while anotia develop normal lives. A factor that may arise during childhood is an issue with self-esteem because of the condition. Parents are encouraged to provide support for their children in these times.

Anotia is a congenital defect that is characterized by a lack of an external ear. This is detected as early as pregnancy and may have a number of risk factors – most notable of which is the use of medicine. The organ primarily affects the appearance of the ear, however, it can be a symptom of more severe congenital defects. If a person has anotia, surgical options are available for the reconstruction of the ear.