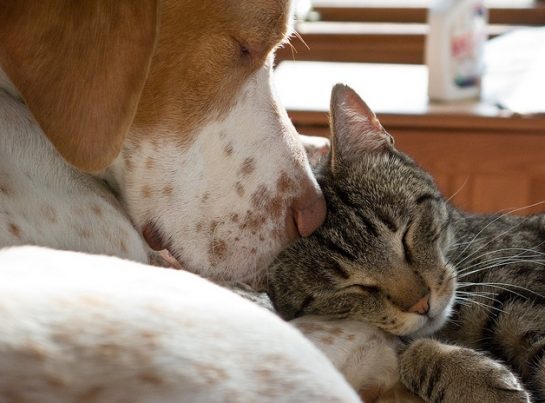 While humans have long recognized these animals as our constant companions, it was only in the 20th century that dogs and other animals were officially recognized for their therapeutic abilities. In 1976, Elaine Smith founded Therapy Dogs International, the first registry for therapy dogs in the U.S. In 1977, the Delta Foundation (later named Delta Society, now known as Pet Partners) was organized to spearhead research on the effects that animals have on our lives. Today, these two groups and many others, help provide therapy animals to people in need of animal interaction. 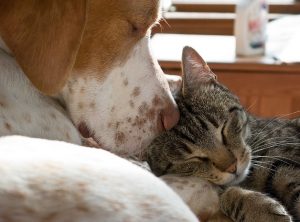 Patients can walk therapy dogs, play with them, feed them or even groom them. Some therapy dogs are trained to sit quietly and pay attention while children read to them. Other therapy dogs may have their own disabilities or limitations, which can then inspire humans with similar disabilities.

Animal interaction therapy relies on the pre-existing human-animal bond. Spending time with a friendly pet can help patients deal with many physical and mental issues. Pet therapy can be used in many different ways. Defined objectives are crucial to this kind of therapy, and a patient’s progress will be recorded and tracked at structured sessions.

The goals of a pet therapy program can include:

Other benefits of pet therapy include:

A group of researchers looked into the positive effects of animal interaction therapy on human patients and for this particular study, they compared the evidence from 69 original studies on human-animal interactions (HAI).

Only one study assessing parameters of the immune system met their inclusion criteria (sample size, peer-review and standard scientific research design). In 2004, Charnetski et al. disclosed that there was a significant increase in salivary immunoglobulin A (IgA), one indicator of good immune system functioning, in college students after stroking a live dog compared to those that were stroking a stuffed dog or sitting quietly for 18 minutes.

Spending time with a friendly animal can help patients deal with many physical and mental issues. It can help reduce blood pressure and improve overall cardiovascular health. It can also release endorphins that can produce a calming effect, which can then help ease pain, reduce stress, and improve one’s overall psychological state.