Amoebiasis – causes, side effects and treatments at NaturalPedia.com 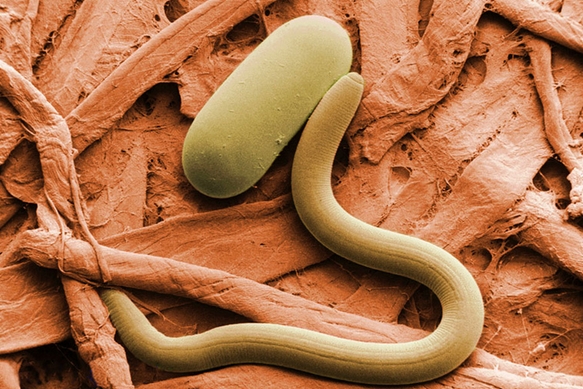 Amoebiasis is a parasitic infection of the intestines caused by the protozoan Entamoeba histolytica (E. histolytica).

E. histolytica usually enters the human body when a person ingests cysts through food or water. It can also enter the body through direct contact with fecal matter.

Amoebiasis is mostly prevalent in overcrowded tropical areas with poor sanitation, where human feces and food and water supplies don’t have adequate barriers from each other. It is most common in Africa, Mexico, parts of South America, and India, but relatively rare in the U.S.

People with the highest risk for amoebiasis include: 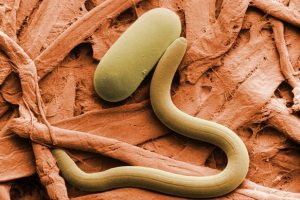 Known side effects of amoebiasis

Most people with amoebiasis won’t experience significant symptoms. When symptoms occur, they tend to appear one to four weeks after ingestion of the cysts.

Mild symptoms may include:

Severe symptoms may include:

The parasites can enter the bloodstream and can end up in your liver, heart, lungs, brain, or other organs. If they invade an internal organ, they can potentially cause:

E. histolytica can live in the colon (large intestine) without causing damage to the gut. In some cases, it invades the colon wall, causing colitis, acute dysentery, or chronic diarrhea.

Food items or nutrients that may prevent amoebiasis

Restrict the intake of certain foods and beverages that could worsen the condition, such as coffee, alcohol, refined sugar and refined foods.

Cleanse your intestines with a fiber-rich diet. Papaya seeds and extract, beetroot, pumpkin seeds and flaxseed, and pineapples are some highly effective intestinal cleansers. You must also strengthen your immune system by including vitamin C and zinc in your diet. Spices like turmeric and cloves, and some herbs like olive leaf, oregano, thyme, are also useful in getting rid of parasites in the digestive tract and should be included in your diet.

There are also some home remedies for amoebiasis which help in alleviating symptoms of the infection. These include:

Proper sanitation is the key to avoiding amoebiasis. Thoroughly wash your hands with soap and water after using the bathroom and before handling food.

When traveling in countries with poor sanitary conditions, it is best to drink purified or boiled water. Do not eat uncooked vegetables and avoid eating fruits or vegetables that you did not wash and peel yourself.

Other precautionary measures may include:

Treatment of amebiasis includes pharmacologic therapy, surgical intervention, and preventive measures, as appropriate. Treatment depends on how severe the infection is. Usually, antibiotics are prescribed.

If you are vomiting, you may be given medicines intravenously until you can take them by mouth. Medications to stop diarrhea are usually not prescribed because they can make the condition worse.

After antibiotic treatment, your stool will likely be rechecked to make sure the infection has been cleared.

Amoebiasis is an infection of the intestines caused by a parasite, Entamoeba histolytica.

The parasite invades the body after ingesting food or water contaminated with fecal matter.

It is most common in tropical countries with poor sanitary conditions.