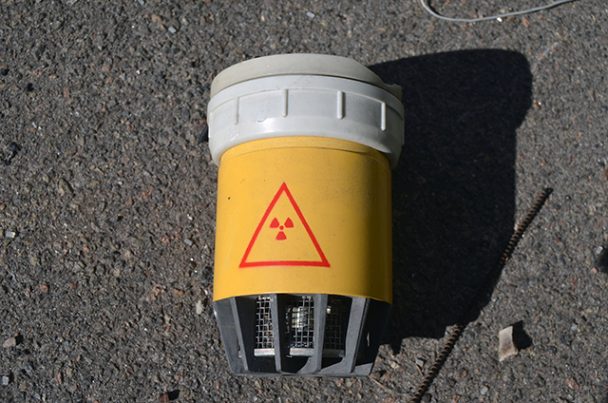 Americium is classified as an actinide or transuranium element that possesses highly radioactive properties. The compound is first discovered by University of California researchers Glenn Seaborg, Albert Ghiorso, Ralph A. James and Leon O. Morgan in 1944. The chemical is found to be a by-product of military research during World War II. An article published on the Chemistry Explained website notes that research on the development of the first atomic bomb during the war era has led to the discovery of the new element.

Americium does not occur in nature and is synthetically produced as with other types of transuranium elements. The chemical is produced in nuclear reactors by adding a large number of neutrons to plutonium. According to a Live Science article, the element is silvery-white in appearance and is denser than lead. The chemical is highly radioactive and is known to cause adverse health effects when handled incorrectly. 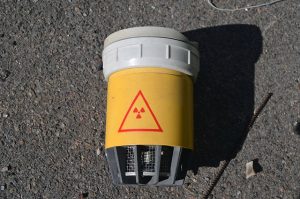 An entry posted on the open chemistry database Pub Chem cautions that the harmful chemical emits alpha-particles that are carcinogenic to humans. According to the article, exposure to the toxic compound may lead to DNA double-strand breaks, chromosomal aberrations, gene mutations and cell transformation. The chemical is also known to move rapidly inside the body once ingested. The toxic chemical is found to accumulate in the bones where it slowly decays and emits radioactive rays that trigger the onset of bone cancer.

A Lenntech article also warns that people may be exposed to the harmful chemical through food, skin and eye contact due in part to the release of americium during the nuclear production processes and related accidents. People working in nuclear plants and those living near them are at an increased risk of chemical exposure, the entry stresses. Likewise, the Centers for Disease Control and Prevention (CDC) has cautioned that the hazardous element can enter the body through the digestive tract and open wounds and cuts. The CDC also warns that the radioactive element may build up in the liver and muscles where they can stay for decades.

Americium also poses a threat to the environment. According to article, traces of the harmful chemical can be seen in both soil and water sources largely due to a series of atmospheric nuclear weapons testing before the activity has been banned in 1963. Americium isotopes are known to decay slowly, thus endangering both flora and fauna. Animals exposed to the radioactive elements may suffer damage to certain organs such as lungs, liver and thyroid. The element is also found to accumulate in plants.

Americium’s radioactive properties and slow decaying process may negatively affect the bones. Likewise, the hazardous chemical is shown to build up in both the liver and the muscles. Experts have also warned that exposure to the toxic element may damage the lungs and thyroid glands.

Items that can contain americium

Americium and its isotopes are commonly used in the production of smoke detectors and portable x-ray machines. Likewise, the compound is touted for its potential in producing adequate power for future space missions.

How to avoid americium

Trace levels of americium can be found near plutonium-based nuclear reactors. Thus, avoiding these places may help prevent the occurrence americium exposure.

Americium exposure may raise the risk of bone cancer.

Americium may accumulate in both the liver and muscles.

Americium may cause lung and thyroid damage.

Americium is detrimental to the muscular system and liver health.