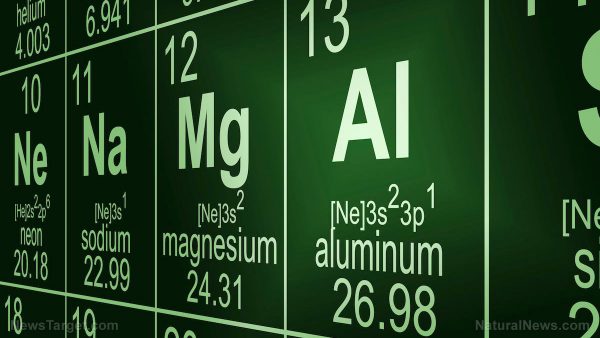 Aluminum is a metallic element and is actually the most abundant heavy metal in the planet. According to the open chemistry database Pub Chem, aluminum is light-weight and has a silvery-white appearance. The heavy metal is often found in combination with other elements such as oxygen, silicon, and fluorine. The database also notes that traces of aluminum can be found dissolved in water.

Aluminum is used in making common kitchen staples such as foils, beverage cans, and pots and pans. Likewise, the heavy metal is utilized in the production of more complex industrial materials such as siding and roofing. Aluminum is often combined with small amounts of other metals to produce aluminum alloys, which possess stronger and harder properties.

The heavy metal is also used in other applications such as water treatment and cosmetics manufacturing. Both the pharmaceutical and cosmetics industries are known to utilize aluminum in making various consumer products such as food additives, astringents, and antiperspirants as well as antacids and buffered aspirin. 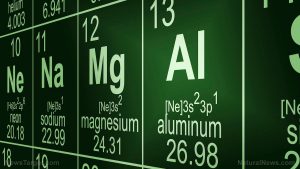 Harmful effects that can be caused by aluminum

Aluminum is widely regarded as toxic to brain health. A vast number of studies  in both human and animal models have demonstrated a link between aluminum exposure and Alzheimer’s disease onset. According to previous studies, patients who have Alzheimer’s disease exhibited greater concentrations in brain plaque, neurofibrillary tangles, and total aluminum concentration compared with healthier controls.

Likewise, occupational exposure to aluminum is associated with other neurological issues such as decline in balance, loss of coordination and loss of memory. Various studies have also established that aluminum exposure from non-occupational sources, such as contaminated water, may lead to an increased risk of suffering from cognitive problems and dementia.

Exposure to the heavy metal is also correlated with higher odds of kidney and urinary problems. According to past studies, aluminum exposure often leads to impaired renal function. The toxic compound is known to cause bone problems and anemia as well. Past studies have shown that exposure to the heavy metal results in bone deformity and increased skeletal weakness and brittleness.

It is also shown that aluminum contains an astringent property that shrinks or constricts body tissues. This, in turn, raises the odds of developing various skin diseases, certain types of cancer, and fertility disorders.

Aluminum is particularly harmful to brain development and the central nervous system’s overall health. Likewise, occupational exposure to the heavy metal is known to burden the respiratory tract. The metallic element is also known to trigger diseases of the kidney and the urinary tract. Aluminum negatively impacts the bones, skin, and the reproductive health as well.

Aluminum increases the odds of suffering from skin diseases and infertility.

Aluminum is particularly harmful to the brain and the central nervous system’s overall health.

Aluminum affects the respiratory tract and the urinary system.

Aluminum impacts the bones, skin, and the reproductive health.