Albinism – causes, side effects and treatments at NaturalPedia.com 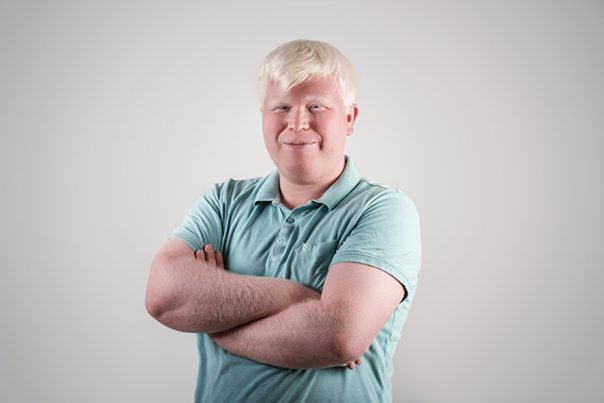 Albinism is a rare group of congenital disorders characterized by the reduction or complete absence of melanin, resulting in the skin, hair, and/or eyes to have little to no color. This condition is caused by the absence or defect of tyrosinase, an enzyme located in melanocytes or the specialized cells responsible for melanin production. The name “albinism” is derived from the Latin word “albus”, which means “white.”

Before 2009, there were two major categories of albinism: oculocutaneous albinism (OCA) and ocular albinism (OA). OCA affects the skin, eyes, and hair, and is divided into several subtypes; in contrast, OA only impacts the eyes and primarily occurs in males. After the different subtypes of albinism were reclassified, however, more conditions were added under the term, including:

Albinism is relatively uncommon in the western world, but not so in some African countries. Tanzania, for instance, has one of the highest albinism rates in the world. Almost one out of every 1,400 people has this condition. Although believed to have the largest albino population in Africa, albinistic people are persecuted throughout the nation. Certain body parts of albinistic people are said to transmit magical powers. Numerous violent attacks against these persons have been caused by this superstition, with casualties reported as a result of the victims being maimed. Currently, government intervention has curbed these assaults somewhat, but they still occur frequently.

Known side effects of albinism

Among the biggest problems faced by albinistic people are complications with their vision. The lack of melanin in the eyes results in certain parts, such as the retina and optic nerves, to form abnormally. This causes an albinistic individual to become susceptible to a variety of eye-related disorders, primarily:

Without a pigment to protect the skin from ultraviolet (UV) radiation, albinistic people have a higher chance of developing skin cancer and sunburn. Even brief exposure to the sun can put these people at risk.

Moreover, individuals with other forms of albinism become more vulnerable to certain health complications. For instance, those who have Chediak-Higashi Syndrome can bruise or bleed easily, suffer from recurring sinus and lung infections, and may even develop enlarged spleens and livers.

The skin and eyes are the most affected by albinism. The partial or complete absence of melanin greatly compromises the health and function of these two organs and makes it more likely for albinistic people to develop skin- and eye-related diseases.

Food items or nutrients that may prevent albinism

There are no foods or nutrients that can prevent albinism. However, foods rich in vitamins A and E, as well as beta-carotene, are said to offer a small measure of protection against the sun.

As of current, there is no known cure for albinism. The most that can be done is managing and relieving the symptoms. For many cases of albinism, these steps are:

Albinism is a group of genetic disorders caused by deficiencies in melanin production. Typically affecting the skin, eyes, and/or hair, people with albinism are usually more prone to sunburn, skin cancer, and vision problems. There is no cure for albinism at the moment, though the symptoms can be managed, to an extent. Wearing sun-protective clothing and accessories, applying sunscreen before going out, and prescription glasses are often recommended to help get around the more typical problems of albinism.