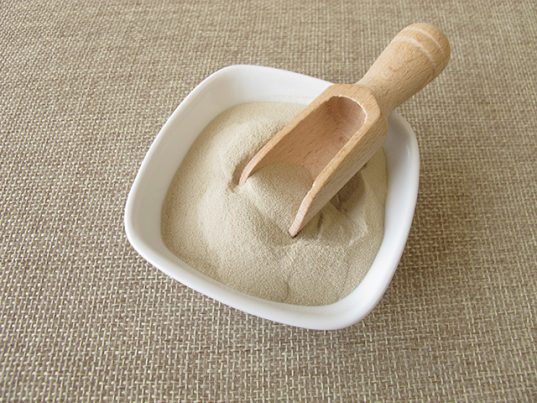 Agar is the dried extract of red marine algae or seaweed that contains soluble fiber. According to the Nutrients Review website, agar is composed of indigestible polysaccharides agarose and agaropectin. Agar is an indigestible compound, but can be processed and metabolized in the large intestine where gut bacteria convert it into absorbable nutrients such as short-chain fatty acids (SCFAs).

The compound is insoluble in cool temperatures, but can melt at temperatures reaching 85 to 95 degrees Celsius (185 to 203 Fahrenheit). The boiling process turns agar into a liquid that produces a clear, gel-like substance once it has cooled down. The gel-like substance forms at gelling temperatures reaching between 30 and 40 degrees Celsius (86 to 104 Fahrenheit) . The low-calorie seaweed compound can provide only about two kilocalories per gram.

An article featured on the Food Reference website noted that agar is deemed as a generally recognized as safe (GRAS) compound for use as a food additive. The seaweed extract is primarily used as a thickening agent in many food products. Likewise, it is commonly used as a vegetable gelatin or vegetarian gelatin substitute. Agar is also used in desserts such as baked goods, pie fillings, meringues and ice cream as well as jelly candies, yogurt and puddings. In addition, agar is used in the production of cream cheeses, canned and cured meats, sauces and noodles 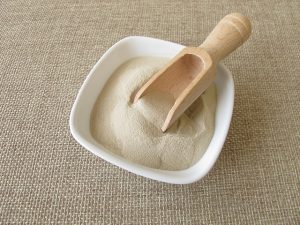 Agar is particularly helpful in maintaining a healthy digestive tract, according to the health and wellness website Live Strong. An entry posted on the website revealed that agar may serve as a potent appetite suppressant due to its gelatinous properties that induce a feeling of fullness. This effect then dampens hunger pangs, reduces appetite, and promotes healthy weight loss. Likewise, the high-fiber seaweed extract is known to possess laxative properties that help cleanse the digestive tract.

The article has also cited a 2005 study that demonstrated the compound’s efficacy in helping people shed pounds. The study has looked into 76 obese Japanese patients suffering from glucose intolerance and type-2 diabetes. The patients were randomly assigned either a conventional diet or a conventional diet fortified with agar for a period of 12 weeks.

The research team also examined the patients’ body weight, body fat, fat distribution, and body mass index as well as other disease markers such as glycemic control, blood pressure, and insulin resistance. The findings have shown that patients who followed the agar-enriched diet exhibited significant weight loss. According to researchers, this was due to improvements in metabolism and maintenance of lower calorie intake.

Furthermore, agar is touted for its strong detoxifying properties that help boost skin and hair health. According to a Tip Disease entry, agar helps moisturize and soften the skin and hair. This is why the compound is commonly used in the cosmetics industry in the production of lipstick, soap, and ointments as well as lotion and cream. Agar is also  shown to promote heart health and prevent the onset of blood vessel problems, coronary disorders, hypertension, and other cardiovascular diseases.

Agar is especially beneficial in maintaining a healthy digestive tract. Likewise, the seaweed extract is known to boost both skin and hair health. Agar is also useful in promoting the body’s cardiovascular profile.

Agar is beneficial in maintaining a healthy digestive tract.