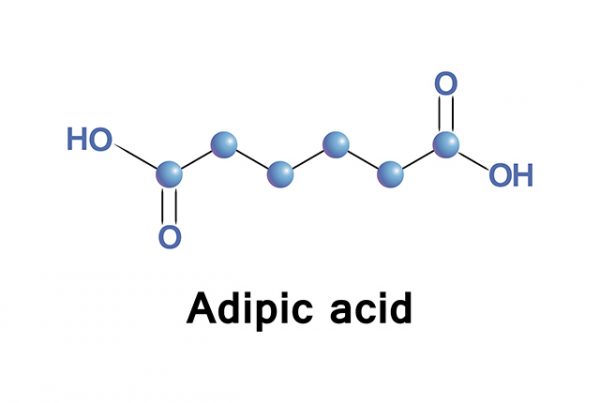 Adipic acid is a naturally-occurring dicarboxylic acid present in sugar canes and beets, though it can be commercially prepared by oxidizing cyclohexanol in concentrated nitric acid. The end result is an odorless, white, cyrstalline powder with a faintly acidic flavor.

Adipic acid is most famously used in gelatin desserts as it encourages these foods to set faster and produces the desired tartness. Bottled drink manufacturers make liberal use of adipic acid to give their beverages a bubbly fizz. The food and beverages applications for adipic acid are smaller compared to their industrial uses, however. Adipic acid can also be found in nylon products, carpets, lubricants, car tires, and clothing. 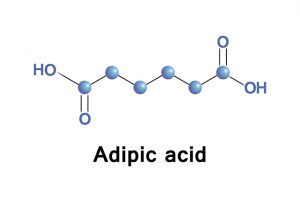 Harmful effects that can be caused by adipic acid

The European Union (EU) has classified adipic acid as an irritant in all forms. Adipic acid in powder form has been found to irritate the throat, eyes, and nose. Solid adipic acid can irritate the skin and eyes. Meanwhile, adipic acid vapor disturbs the mucous membranes of the lungs and nose, resulting in sneezing and coughing. Finally, adipic acid in liquid form may damage the eyes and dry out the skin considerably, leading to dermatitis.

Adipic acid has an asthma hazard index of 0.75, which means it has a high probability of being an asthmagen. This turned out to be the case for one woman who worked as a solderer and desolderer for several years, whose constant exposure to adipic acid caused her to experience rhinitic symptoms disappeared after she left work. As such, adipic acid may lead to occupational asthma over the course of constant and prolonged exposure.

A 2002 experiment showed that adipic acid, in combination with urea and carboxymethyl cellulose, can heighten the risk of vaginal cancer over a prolonged period of time. By itself, however, adipic acid yields no such result.

Adipic acid can be harmful to the skin, eyes, and lungs because it can irritate all of these body parts and possibly increase the risk of other diseases. The lungs are especially vulnerable to adipic acid since it can act as an asthmagen.