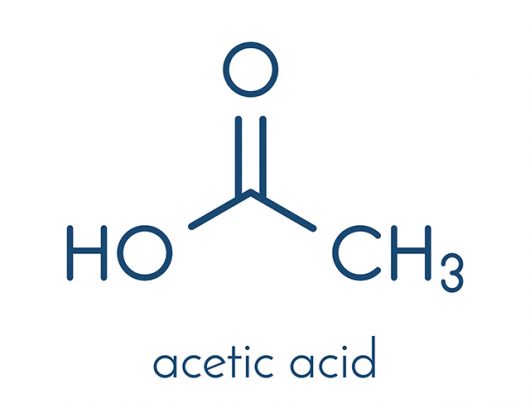 Acetic acid is the most important organic compound when it comes to commercial purposes because it is used as a base ingredient in the production of chemical products such as insecticides and plastics. It is classified as a hazardous substance under section 311 (b) (2) (A) of the Federal Water Pollution Control Act, and is also regulated by the Clean Water Act amendments of 1977 and 1978, along with isomers and hydrates. 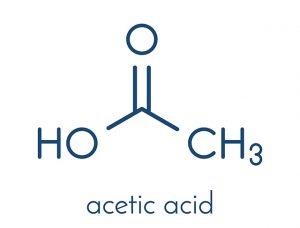 Harmful effects that can be caused by acetic acid

Exposure to toxic amounts of acetic acid can cause irritation of the eyes, skin, nose, and throat; blisters and skin desensitization; black skin and hyperkeratosis, which is the thickening of the skin due to irritation; chronic bronchitis and pulmonary edema; conjunctivitis; dental erosion; eye and skin burns; lacrimation, which is the excessive secretion of tears; loss of vision; pharyngeal edema and shortness of breath; and sore throat.

Inhalation of the vapors expelled by acetic acid can cause dizziness or suffocation.

Acetic acid can jeopardize the condition of your otherwise healthy cells. It can cause hemolysis, which is the rupture of red blood cells and hemoglubinaria, or the excretion of hemoglobin in the urine.

Acetic acid is not good for the respiratory system. Exposure to excessive amounts of it can result in respiratory disorders such as chronic bronchitis, pharyngeal edema, pulmonary edema, glottic edema, which is characterized by fluid accumulation in the soft tissues of the larynx, and reactive airways dysfunction syndrome, which is a more severe form of asthma that causes coughing, wheezing, and dyspnea, or difficulty in breathing.

Acetic acid is bad for the digestive system. Ingestion of the organic compound can give you diarrhea, abdominal pain, a burning sensation in the pit of your stomach, and vomiting. Worst case scenario: You can develop lesions of the esophagus and the stomach, as well as benign tumors and carcinomas in the same areas.

Hyperplasia, which is characterized by the enlargening of an organ or tissue due to the abnormal reproduction of its cells, which is also the initial stage of cancer, can also occur, as well as massive intestinal bleeding, ulcerative colitis, constipation, pyrosis or heartburn, and gastric hemorrhages.

Studies show that there is a possible protective effect of garlic against acetic acid-induced ulcerative colitis.

Acetic acid is bad for the excretory sytem. It can cause kidney failure and ischemic lesions in the liver.

Acetic acid is bad for the cardiovascular system. Ingestion of 200 milliliters of an 80-solution of acetic acid can result in myocardial infarction or heart attack. It can even cause hypotension or low blood pressure and arrythmia.

Acetic acid is bad for the immune system. It can limit the magnitude of the immune response.

Acetic acid has some uses for the female reproductive system, but excessive use of it can also cause trouble. A three to five percent solution of acetic acid can be used for colposcopic examinations of the cervix. However, too frequent usage in the pelvic area can cause vaginal bleeding. In case something like this happens, estrogen cream can be used to speed up healing.

Acetic acid is bad for the circulatory system. Too much exposure can result in necrosis, or the death of most of the cells in an organ or tissue, leading to the inability of blood and oxygen to move throughout the body. Other symptoms of a circulatory system failure include clammy skin, scanty urine, shallow respirations, and weak and rapid pulse.

Acetic acid is bad for the central nervous system.

Inhalation of the vapors expelled by acetic acid can cause dizziness or suffocation.

Acetic acid can jeopardize the condition of your otherwise healthy cells.