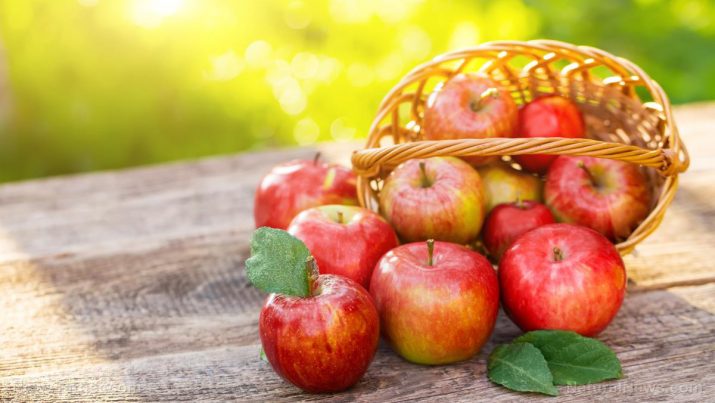 1-Methylcyclopropene, which also goes by the names cyclopropene, 1-methyl, EthylBloc, SmartFresh, among others, inhibits the effects of the plant hormone ethylene, which is used in agriculture to induce the ripening of fruits.

The average age of a supermarket apple is 14 months old, said Danish author Martin Lindstrom, who wrote the book Brainwashed: Tricks Companies Use to Manipulate Our Minds and Persuade Us to Buy.

But this is where 1-methylcyclopropene can be counted on to save the day. According to the Department of Agriculture’s Agricultural Research Service, “apples not intended for fresh market are stored at low temperatures, with low levels of oxygen and high levels of carbon dioxide.

While this slows the apples’ natural production of ethylene and its effects, fungicides must often be applied to prevent fungal rots from taking hold. But since its commercial debut in 2002 under the name SmartFresh, 1-methylcyclopropene has in some cases diminished the need for such treatment.”

Keeping apples in storage for a long period of time is bad because antioxidant activity in apples fade away after three months of storage in the cold. Therefore, a one-year-old apple in the storage will have no antioxidants left in it whatsoever. 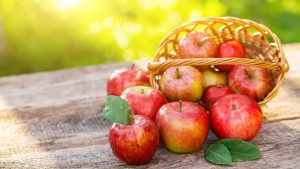 1-Methylcyclopropene may be released to the environment through various waste streams as its use as a plant growth regulator to add to the life of cut and potted flowering plants may lead to its direct release in the environment. If released to air, an estimated vapor pressure of 570 millimeter of mercury (mm Hg) at 25 degrees Celsius shows that 1-methylcyclopropene will be a gas in the atmosphere.

If released to soil, it is expected that 1-methylcyclopropene will have very high mobility based on an estimated 43 Koc (soil adsorption coefficient). An estimated BCF of seven shows that the potential for bioconcentration in aquatic organisms is low.

1-Methylcyclopropene is bad for the ocular system. It can cause mild to adverse eye irritations upon exposure.

Items that can contain 1-methylcyclopropene

1-Methylcyclopropene became registered as an active ingredient in April 1999. There are five registered products that are inclusive of this ingredient as of March 22, 2006.

If you’re going to apply, handle, or use 1-methylcyclopropene, it is important that you wear protective clothing such as a long-sleeved shirt and long pants, shoes plus socks, and chemical-resistant gloves that are made of any waterproof material.

1-Methylcyclopropene is bad for the ocular system.

1-Methylcyclopropene became registered as an active ingredient in April 1999.

1-Methylcyclopropene inhibits the effects of the plant hormone ethylene, which is used in agriculture to induce the ripening of fruits.